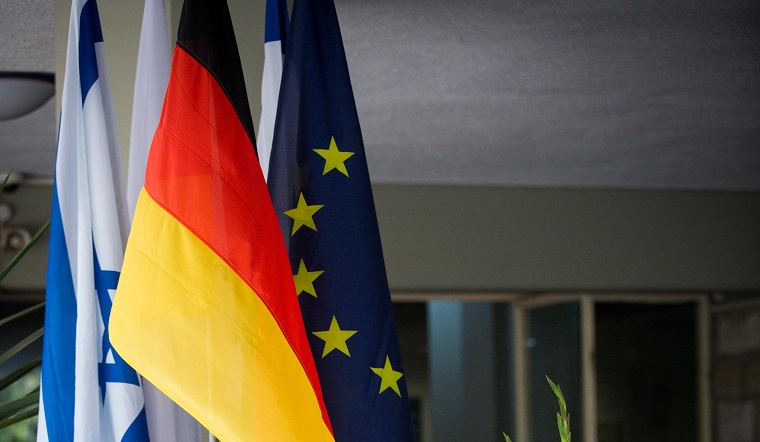 The Alfred Landecker Foundation has awarded the Hebrew University of Jerusalem (HU) a $13 million USD grant to fund academic initiatives that focus on the causes and consequences of the Holocaust, promote studies on human rights, minority protection, the rule of law, and reparations for historical wrongs and injustices.

As part of the grant, three new academic initiatives will be established at Hebrew University, among them The Jacob Robinson Institute for the History of Legal Thought and Practice.  Dr. Robinson, an historian of the destruction of Eastern European Jewry during the Nazi regime, served as a consultant in the Nuremberg war crime trials and worked on the prosecution of Nazi murderers, including Adolf Eichmann. He also participated in drafting the reparations agreement between Israel, the Jewish People and Germany, and helped to establish the research arm of Yad Vashem.

Second, the grant will establish the Landecker-Benjamin B. Ferencz Chair in the Study of Protection of Minorities and Vulnerable Groups.  Ferencz was an American lawyer who investigated Nazi war crimes after World War II and was a fierce advocate for the establishment of an International Criminal Court.  Third, the grant will create the Alfred Landecker Digital Humanities Lab at Hebrew University to research oral testimonies of survivors of mass crimes.  Additionally, the grant will provide further funding for Hebrew University’s Minerva Center for Human Rights.

This prestigious grant is one of the first major projects of the Landecker Foundation, as part of its commitment to create an international academic network that addresses key aspects in the protection of democratic values, pluralism and ethnic, religious and cultural minorities in an age of nationalism and emerging authoritarianism.

This donation is a cornerstone grant to build on the lessons learned from the collapse of democratic institutions in the 1930s – the emergence and proliferation of authoritarian and dictatorial regimes, the decline in minority rights protection, the subsequent World War, and the Holocaust committed in its shadow as an ultimate crime against humanity, committed against the Jewish people.

“I'm proud that at the very beginning of my assignment as the CEO of the Alfred Landecker Foundation, our first major donation goes to one of the world's outstanding and Israel's leading academic institution, The Hebrew University of Jerusalem. The foundation gladly supports the research and scholarly dissemination of legal and historical questions related to both the establishment and strengthening of human rights, individual as well collective rights. These subject matters were at the core interest and activity of leading Jewish legal scholars throughout the conflict-ridden 20th century. That legacy has to be continued, strengthened and applied during exceptionally precarious times,” said Andreas Eberhardt, CEO of the Alfred Landecker Foundation.

“Hebrew University is honored to receive this prestigious grant from the Alfred Landecker Foundation.  The funding will allow us to expand our goal of nurturing a new generation of public and professional leaders, one that will work tirelessly to safeguard human rights and minority rights, and to abide by a rule of law that protects the sanctity of life.  This ethos is at the core of Israel‘s Jewish and democratic underpinnings and of our own academic charter, “ shared Professor Asher Cohen, President of the Hebrew University of Jerusalem.

About the Alfred Landecker Foundation

The Alfred Landecker Foundation is dedicated to translating the lessons of the past into active engagement for strengthening democratic institutions, values and pluralism. While dangers are looming and reemerging, the foundation aims to help keep the memory of the Holocaust alive and to draw motivation from it to enlighten ourselves and others in order to combat antisemitic, racist, and antidemocratic trends. In terms of operational and funding activities, the Alfred Landecker Foundation seeks to do its part to preserve and expand a pluralist society. To do this, the Foundation will establish partnerships with leading institutions in academia, commemoration, and public policy, as well as with non-profit civil society organizations who share the same values. For more information on the Foundation and its programs visit https://www.alfredlandecker.org/home

Unraveling the Mysteries of the Brain
By Sep 17 2020