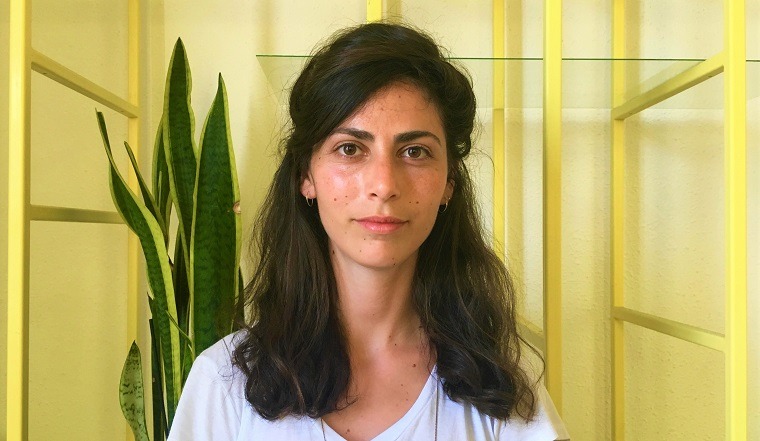 "For me, life is not about how you occupy your day but where you spend it. I see my mission as working to improve people’s immediate surroundings and thus enhancing their quality of life."

Gali Sheskin’s bachelor’s degree is in sociology, anthropology, and art history from the Hebrew University. While she greatly enjoyed her studies, she wanted to influence people’s experiences in the real world. As she began her master’s degree in geography and urban and regional planning at the University, Gali realized the Urban Clinic was the obvious address for her. She enrolled in the Clinic's elective course, excited to learn about planning, urban renewal, and to work with various stakeholders to foster dialogue in this field.

"It was important for me to contribute to society, in particular in neighborhoods that suffer from poor services or inter-community tensions. Through the Urban Clinic's highly professional staff, I have gained the academic training and practical tools to be able to listen to the residents’ concerns, understand the issues, and work with professionals and locals to bring about change. Especially in underserved neighborhoods."

Every student at the Urban Clinic must conduct a field project, and Gali decided to carry out hers in Jaffa, where she had recently moved. Though the city is blessed with a rich history, a beautiful seafront, and tourism, it grapples in part with a multi-racial population not at ease with one another's culture, needs, and sensitivities. One site where inter-group tensions played out was the community center in one of Jaffa's most underprivileged neighborhoods. While the center's mission is to host cultural, educational, and social events for all, in practice, each segment of the population regarded it as “the other groups’ turf.”

The community center in Jaffa (photo by Racheli Malki)

Rather than embracing diversity, differences had turned into spatial boundaries, not to be crossed. The center’s director had approached the Urban Clinic for advice before the Coronavirus pandemic, and as the country gradually emerged from lockdown, Gali Sheskin became involved.

Gali’s worked to identify outdoor spaces that could host communal activities in the era of social distancing. But before ‘hitting the ground,' she conducted research, reviewing international literature on how communities share public spaces when resources are limited – not just in times of crisis – and also contemporary articles on post-lockdown public activities to see how other places were moving forward creatively. Next, Gali mapped and rated 15 public spaces based on her own set of parameters, including safety aspects, current usage, potential public nuisance, adjacent buildings, accessibility, and social features. She also spoke to a range of people from the Jaffa community itself – residents, an urban-planner, activists, and a social worker – to hear their feedback, experiences, and suggestions.

"The Urban Clinic allowed me to channel my energies into improving people’s relationship with their neighborhood and having an impact on their wellbeing. I really believe in learning from people in the field: if you want to plan spaces that will serve people, you have to speak to the people themselves."

Finally, Gali presented her findings, setting out her photographs, a map, and her grading of each of the 15 sites’ suitability. Out of these, Gali recommended seven. She also proposed specific activities for each location – such as board games, story-time, a movie screening, a community garden, and a women’s running group – along with a list of the requisite equipment or accessories. The center’s leadership was extremely impressed with the breadth and depth of Gali’s work and is planning to involve local residents in implementing her suggestions in the near future. The hope is that, looking forward, this process will encourage greater participation and inter-community harmony.

"The Tel Aviv-Jaffa municipality is now considering expansion and adaptation of this Jaffa project to other parts of the city too. And the Hebrew University is conducting a scientific evaluation of the project’s impact. Through our paradigm of nurturing urban leadership and local knowledge for just and inclusive cities, we are able to find meeting-grounds, literally and figuratively, for diverse groups within the same neighborhood."