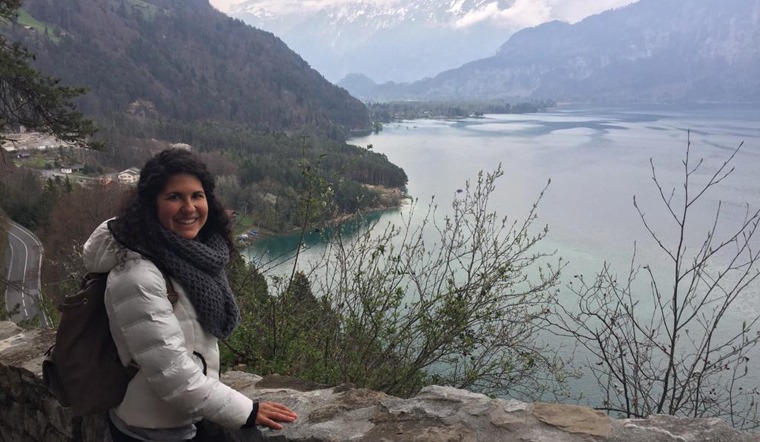 Hannah Goldstein grew up in St. Louis, Missouri. After graduating with a BSc in Communication, she decided to make aliya. She studied at a Kibbutz Ulpan for a year, then volunteered for the IDF’s Spokesperson's Unit.

Following her IDF stint, Hannah decided to pursue a Master’s degree in Nutrition. The Hebrew University’s program, taught at the Robert H. Smith Faculty of Agriculture, was enticing – plus, it was taught in English. Lacking a background in science or nutrition, Hannah took a few prerequisite courses – and began the program!

"Getting the email that I would be eligible for the program after taking a few prerequisite courses was definitely the highlight of my year!"

Hannah enjoys studying alongside students from different cultures and backgrounds. The students often hold informal gatherings, sharing food and culture from their home countries. While the African food is often quite spicy, Hannah discovered Ugali – an amazing dish made of corn flour.

"During class discussions and even while hanging out in the dorms, I have become aware of fascinating cultural differences and local African issues that I have never experienced before in Israel or the United States. This has led to some pretty interesting conversations!"

Hannah plans to put both her degrees to work by seeking employment in the field of community and health promotion. She will also be seeking opportunities to continue to a doctoral degree.

During the Coronavirus Shutdown

Living on campus, Hannah was able to walk around and study at the picnic tables outside – even during the strictest days of the shutdown. At some point during this period she found out about the on-campus goat farm and began volunteering to feed the baby goats in the evenings.