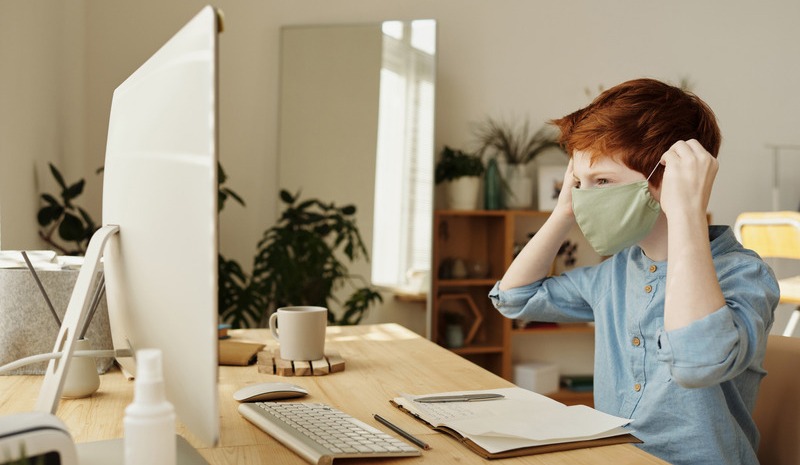 From the onset of the pandemic, it has commonly been stated that children are immune or will get only mildly sick if infected with the Coronavirus. While the medical community can debate the empirical truth of that statement, it cannot be denied that living through a pandemic is, quite simply, a difficult and challenging experience. For months, adults have been struggling with medical, financial, social, and existential anxieties – to name a few. How have children been affected?

A research team at the Paul Baerwald School of Social Work and Social Welfare, headed by Professor Asher Ben-Arieh and along with research assistants Sagit Bruck and Hamutal Farkash, set out to explore children’s experiences during these difficult times. They employed a survey developed by Children’s World, an international project studying the well-being of children, in which Prof. Ben-Arieh is a core member. A total of 654 Israeli children, aged 10-16, responded to the questionnaire, which was adapted for current events. The team’s findings were published by the Haruv Institute.

The study shows the importance of including children in the conversation and acknowledging that they too are experiencing stressful times. While the majority of children reported knowing about the Coronavirus and having discussed it with an adult, many wanted to learn more about the virus – or just be listened to.

"Children want to be included and they have opinions; adults can learn a lot from listening to them. We believe that including children and taking their viewpoint into consideration when making decisions at the level of the family, school, community, and country is necessary towards developing plans that meet their needs and perspectives."

As any parent knows, children are sponges, thirstily absorbing information from their environment. Thus, children were nearly twice as concerned about other people getting sick, rather than themselves. This perhaps reflects children’s understanding that they are not particularly at risk.

The study serves as a reminder that children’s lives were also upended by the pandemic. Questions about the merit of remote learning aside, nearly half the children reported that school did not play a significant role in their daily lives and that they were unable to study at home. While the majority of students spent some amount of time each day doing schoolwork and helping out at home (siblings, chores), nearly half the children reported experiencing boredom. The vast majority of children reported playing and socializing at home, with only a tiny minority meeting people outside of their homes.

With No End in Sight

Studies carried out by other Children’s Worlds partners have shown similar results, indicating that an entire generation of children are going through similar experiences. With no end to the pandemic in sight, and as Israel enters its second shutdown, this study highlights the importance of listening to children and involving them in discussions and decision-making. Parents should ask children about their feelings, perceptions, concerns, and needs in order to best help them cope during these difficult times. Teachers could also increase their outreach, helping children feel cared for and increase their ability or interest in remote learning.

Prof. Ben-Arieh and Children’s Worlds are working on a way to combine data from partner countries in order to gain a broader understanding of how the Coronavirus and social distancing have affected children worldwide. Such a study will also enable researchers to differentiate between universal experiences and the influence of local culture/policies. The research team is actively seeking partners and ideas for collaborative studies.

"Our findings support the idea that children’s well-being may be negatively impacted while their countries fight the pandemic. This includes suffering the consequences of social distancing, remote learning, the absence of a daily routine, emotional and mentally coping with boredom, extreme uncertainty and a dwindling sense of security. We’re especially worried about at-risk children, whose situations may go un-checked as they are far from their school and other forms of support."