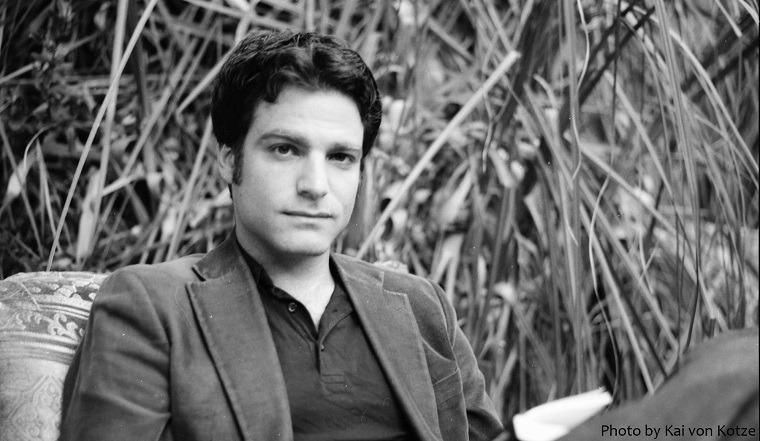 "I have two passports, two SIM cards, two addresses, and two credit cards. Luckily, I have only one email account."

Ofer Waldman grew up in Jerusalem, next door to the Edmond J. Safra Campus, and attended the Hebrew University High School, known as Leyada. He excelled at the French horn, playing with the Arab-Jewish West-Eastern Divan Orchestra, founded by Daniel Barenboim and Eduard Said, for three years. Later, Barenboim invited Ofer to further his musical studies in Berlin. He accepted – eventually earning a diploma from the Berlin University of the Arts.

Ofer remained in Berlin, playing with the Berlin Radio Symphony Orchestra, the Deutsche Opera Berlin, and occasionally with the Berlin Symphony Orchestra. In 2008 the Israel Philharmonic Orchestra invited Ofer to participate in a short-term project, during which he met his future wife, an Israeli who was living in New York at the time. They married and moved back to Israel in 2009. Ofer joined the Israel Symphony Orchestra Rishon LeZion (the resident orchestra of the Israeli Opera) the same week he began his master’s degree at the Hebrew University’s DAAD Center for German Studies.

"I was living my dream. Having grown up next door to the Hebrew University, I was finally honored to be among its students. It was a great pleasure and privilege to attend this fine institution."

Ofer completed his master’s degree with honors, receiving both the Rector's Prize for Excellent Students and the Dean of Social Sciences’ Award. He decided to continue studying towards a PhD, under the supervision of Prof. Yfaat Weiss from Hebrew University’s Department of History of the Jewish People and Contemporary Jewry. His research focused on Thomas Brasch, a writer of Jewish descent who grew up in East Germany and his complex relationship with the German socialistic state, which his parents, sworn communists returning to Berlin from war-time exile, helped build. Back when he lived in Germany as a musician, Ofer had been immersed in vestiges of East Berlin: his neighborhood, friends, and most of his orchestral colleagues were all rooted in the eastern part of the city. And yet, as Ofer came to realize, the lion’s share of Israeli historical research into Germany had focused on West Germany.

In 2014, Ofer’s wife’s job offered a relocation to Berlin. Thanks to Prof. Weiss’s ties with Freie Universität (FU), Ofer was able to continue his doctoral research  there. Within a year, marking 50 years of diplomatic relations between Germany and Israel, the Hebrew University and Freie Universität signed an agreement to grant joint doctoral degrees. Ofer decided to enroll. He approached FU literary scholar Prof. Dr. Jürgen Brokoff, who agreed to co-supervise his doctoral research. Much assistance was provided by FU Prof. Susanne Zepp, who oversees this strategic cooperation on behalf of her institution. Ofer also He received additional support from an international scholarship of the DAAD, the German Academic Exchange Service. Ofer’s research also benefitted from the fact that nearly 30 years had passed since German reunification, and almost all of the former German Democratic Republic (East Germany) archives were open and accessible.

In 2018 Ofer’s family returned to Israel, where he completed his dissertation. When it came time to defend his thesis, the Coronavirus had struck and Ofer delivered his defense over Zoom.

Today, Ofer continues to straddle both worlds. Living in Israel, he is a regular contributor to German public radio (Deutschlandfunk) as well as other German media. He writes, speaks, and protests on a variety of social and political causes, ranging from immigration and asylum seekers in Germany to democracy and human rights in Israel. One reoccurring theme of his work in the German media, along with his collaborator Noam Brusilovsky, is the German obsession with all things Israeli. In this vein, the duo’s radio drama, We Love Israel, was chosen to represent Germany in the European radio contest – Prix Europa. The show went on to have two successful seasons on SWR2. Other topics include the refugee crises of 2015/16 and Germany`s transition towards becoming a migrational society. Ofer’s next feature, again with Noam Brusilovsky, will touch upon the radio broadcast of the Eichmann Trial, whose 60th anniversary will be marked in April 2021.

"As an Israeli Jew living in Berlin, as an Ashkenazi man, and as a student of the humanities, I recognize my many privileges. Immense public resources have been invested so that I can learn, research, gain knowledge – and I feel indebted to society. I cannot sit in the ivory tower and think critically to myself; I am obliged to open the window, hear what other people are saying, bring their stories to the fore. I feel that both Israel and Germany are on the brink of dramatic changes. In Israel, this is taking form of a threat to the country’s core democratic values, and my role is to contribute to a space of public discourse that is intellectual, relevant, and non-violent."