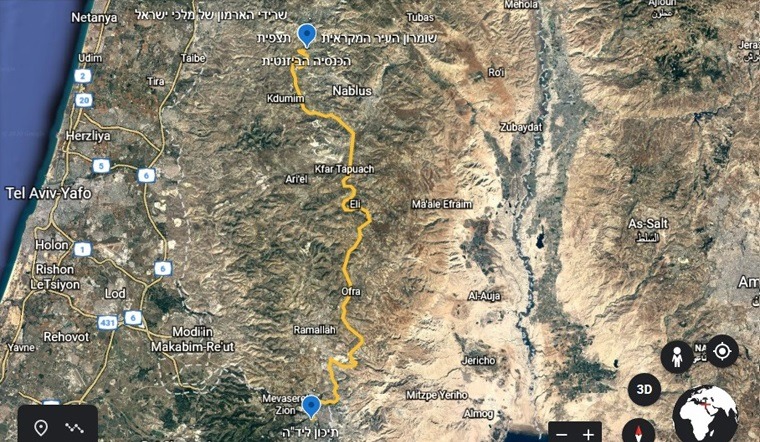 In mid-March, the Israeli government decided to shut down schools and hold classes remotely. Around the same time, the Hebrew University announced the spring semester would also be taught online. With almost no warning and even less preparation, teachers and students suddenly had to figure out how to teach/learn remotely, using digital platforms such as Zoom.

The students in the Revivim Honors Teacher-Training Program in Jewish Studies found themselves on both sides of the screen: as students and as teachers.

One such student is Naama, a 3rd year student in the Revivim program. Most of her classes are small, with as few as 6 students. As such, discussions play an important part of her studies. These spontaneous interactions are impossible over Zoom. Furthermore, her partner is also a student, and often they’d end up staring at their screens all day long. It got tiring.

Thus, as a teacher, Naama was conscious of what her students were experiencing. The second week of shutdown, the students were supposed to have been on a class trip. Naama decided to take them on a virtual field trip, based on the biblical passages they were studying. Using Google Earth, she mapped a route – starting at school and traveling north to the biblical city of Shomron (Samaria), today a national park. Equipped with hats, water, and snacks – they were off! Naama organized stops along the way, zooming down to ground level, using the 360-degree view, and explaining what students were seeing.

Thanks to Naama’s ingenuity, students experienced a creative and engaging lesson. In subsequent weeks she organized a digital treasure hunt, group discussions, and a writing assignment. Some of these were over Zoom, and some were self-directed study, allowing the kids a break from their screens.

Another example is Lotem, who is in her second year of the program. When everything shut down, she moved back in with her parents in Petah Tikva. She found online learning challenging, since she enjoys sitting in the classroom and interacting with her peers and teachers. There were also more assignments, in an effort to keep students on track. Yet online learning also had its perks.

Lotem volunteered to coordinate the Petah Tikva operations of Lev Ehad, an emergency NGO that mobilized hundreds of volunteers to distribute food, purchase medications, and more. It was demanding, but Lotem could “miss” class and watch the recorded lecture later.

As a teacher, Lotem’s school decided against online classes. Instead, teachers gave weekly assignments and were available to the students for questions and guidance. Lotem teaches Mishna in a special needs class, and she worked closely with the homeroom teacher to ensure that her assignments would be the most effective.

Meytal, a Revivim alumna and teacher of 12th grade Bible, turned a problem into an opportunity. Realizing that without face-to-face teaching during the lockdown, her students lacked the impetus to review Biblical texts, she created an online escape room for them to bring the passages to life. In Free David, the students needed to peruse the Book of Samuel in advance in order to help King David run away from his rival and predecessor, King Saul, who was bent on killing him.

A Breath of Fresh Air

Lastly, the Revivim program itself tried some creative teaching methods. Havi Levine is a pedagogical mentor, working with 3rd year students who are being trained to teach Bible. During ordinary times, one of their spring-time sessions would take place in the University Botanical Garden, for some quiet reflection on their role and strength as educators. After being cooped up indoors for weeks, Havi decided to require the students to spend some time outdoors. The students completed their reflections individually and met to debrief over Zoom.

One student, sitting outside by an olive tree, wrote:

"The olive tree is knotted and gnarly, which is precisely why it is so beautiful. Like the olive tree, I find that I cannot teach in a straightforward fashion; I need to find my own way forward. I hope that these things will make me a better teacher."