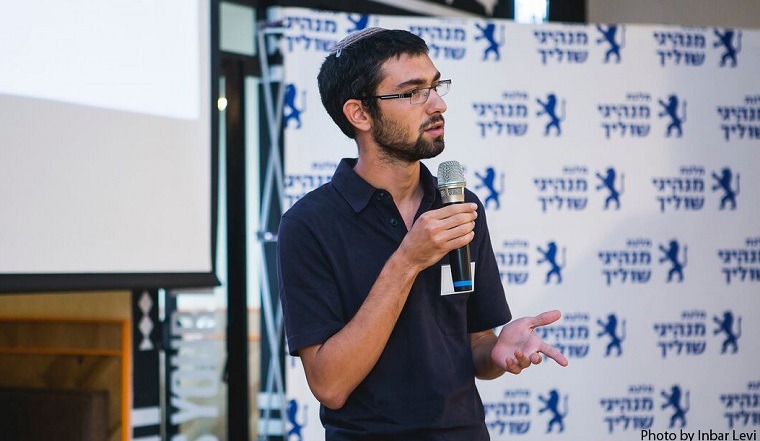 Tzvi Michelson is a third-year student double majoring in computer science and psychology. At first glance, these fields seem quite distant, and Tzvi divides his time between the Mt. Scopus and Edmond J. Safra campuses. Yet he is fascinated by their overlap – namely, artificial intelligence.

To gain hands on experience, Tzvi is involved in two research projects – one on either campus. On Mt. Scopus he works in Prof. Avi Kluger’s lab, conducting a meta-analysis of studies on people who listen to traumatic experiences, otherwise known as secondary trauma. Specifically, Tzvi is interested in how the extent of exposure influences the severity of secondary trauma. One hypothesis is that extensive listening would desensitize the listener, while another, competing, hypothesis is that listeners who perceive themselves as helpful or empathetic would experience more severe secondary trauma.

On the Edmond J. Safra campus, Tzvi is involved in Dr. Guy Katz’s lab, working on machine learning and studying ways to make neural networks more efficient. For example, drones are capable of “reading” their surroundings to avoid crashes. But the larger the neural network the heavier the drone, and the more expensive the hardware. Thus, simplifying these neural networks has great potential in a variety of fields.

For the duration of his studies, Tzvi has been a Schulich Leader, along with approximately 40 other Hebrew University students. A few years ago, the Leaders decided to hold tri-weekly meetings and take turns presenting ideas or experiences from their lives. When it was Tzvi’s turn to present, he led a discussion on fear, spanning the fear of failure, fear of success, and various ways to handle and leverage fear within the academic world.

In addition, Tzvi and his classmate Mohr Wenger founded Forstart, in response to two striking observations. First, most computer science students come from academic or high-tech-oriented families. Second, most computer science students were unable to apply for various scholarships, as these required them to volunteer for a high number of hours per week. This initiative, which operates in collaboration with the Jerusalem Education Administration and the Al Bashir Leadership Program, addresses both these issues. Twenty computer science students tutor fifty middle- and high-school students for three hours a week. These sessions take place on the Safra campus, close to their studies. Forstart aims to introduce the youngsters to academia and foster their sense of capability – inspiring them to consider higher education in the future. After the program’s first semester, the youngsters reported a staggering improvement in their technical skills and a dramatic increase in their academic self-confidence.

Looking forward, Tzvi hopes to continue to a master’s degree in computer science – focusing on artificial general intelligence. This is a combination of many fields – image and language processing, along with modeling emotions. The Hebrew University is a leader in these fields, and Tzvi is plenty motivated – perhaps he will be credited with the next major AI breakthrough!