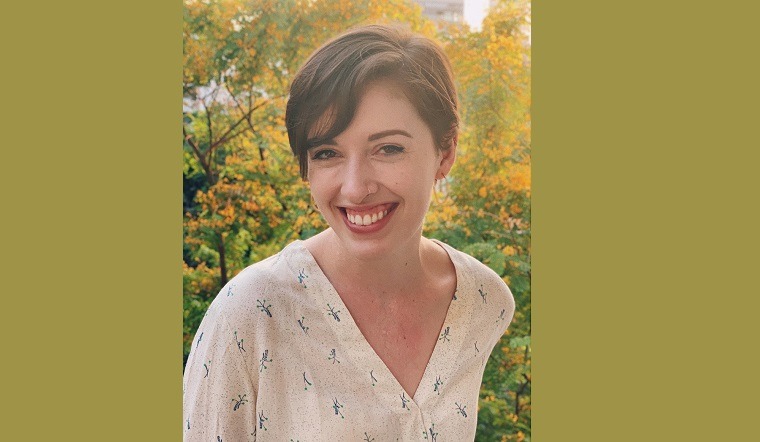 Skyler Inman grew up Houston, TX. As an undergraduate student at Yale, she studied English language and literature, with a concentration in nonfiction creative writing. She began writing for The Globalist, a quarterly international affairs magazine run entirely by undergraduate students. During her time there, she participated in three annual reporting trips – to Vietnam, Bosnia and Serbia, and Peru. She spent her summers interning at various magazines.

After graduating, Skyler received a grant to spend a year in Israel and produce a storytelling podcast about the Israeli-Palestinian conflict. She named the show Intractable.  This experience pivoted Skyler in two entirely new directions. First, it was the beginning of her career in radio journalism. Second, as her podcast progressed, Skyler found herself with more questions than answers.

"I was frustrated with the media at the time and wanted to broaden my understanding of the themes that emerged from my recordings. I was eager to academically investigate the impact of development work on peace, conflict, and identity."

Friends had recommended Glocal, the Hebrew University’s International Development master’s program, and Skyler decided to apply. Entering the program, she was thrilled to be surrounded by people who thought deeply about the same issues as her and found the program’s classes to be a grounding experience.

For her internship, Skyler worked with Mesila, an organization that works with the families of migrant workers and asylum-seekers in Tel Aviv. She carried out an evaluation for the social work team, as they helped parents to children with special needs realize their rights. As a result of Skyler’s study, Mesila has identified new avenues for programming.

"Thanks to Glocal, I better understand how the world works: international aid, international debt, economics, post-colonial theory – and more. My thinking has been greatly enriched. As a journalist, I’m able to take a more nuanced approach and offer listeners a more thoughtful experience."