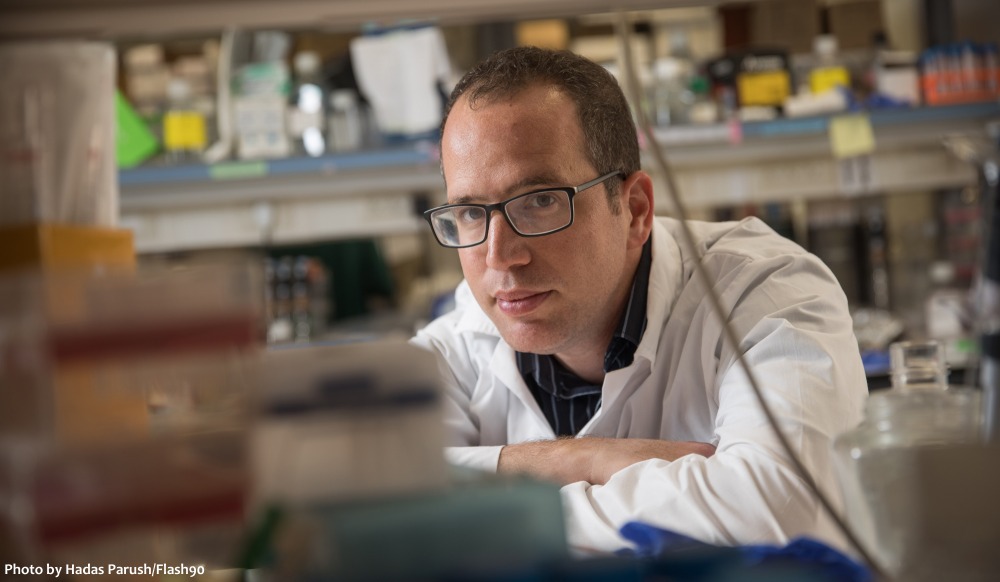 Dr. Yotam Drier, from the Lautenberg Center for Immunology and Cancer Research at the Hebrew University, has set out to cure cancer. Using sophisticated computational methods, he is able to decipher the complex mechanisms that regulate the activity of thousands of genes and show how these mechanisms go awry in cancer.

Cancer is the number one killer in western society, and has proven a formidable disease to combat. One reason is that cancer cells are constantly changing (mutating) while also multiplying, acquiring new abilities and evading therapies. How do cancer cells do this? The key lies in mis-regulation of their genes.

Cancer occurs when one of the trillions of cells in our body begins multiplying uncontrollably, giving rise to a tumor mass. This may be caused by gene overactivity or under-activity. For example, a gene might receive mis-repeated instructions to multiply (thus growing out of control), or a gene meant to block cell growth may become inactive. As cancer progresses, several such key genes tend to mutate, resulting in permanent changes to their activity.

Yet perfectly healthy genes can still drive cancer. How? The answer lies in the regulatory DNA, the “other” 97% of our DNA that does not contain genes. These regulatory elements dictate which genes are active within each cell, but it is not very straightforward. Their complex interactions, with each other and with multitudes of genes, make it challenging to uncover how they work.

At the Cutting-Edge of Cancer Research

3D genetic “tangles”: Each cell contains a sort of “tangled” DNA pom-pom, in which genes and their regulatory elements are in close proximity and interact. This structure is often changed in cancer cells. Without proper interactions, genes are not properly activated, driving cancer.

Dr. Drier has successfully associated between particular changes to the regulatory DNA and specific types of cancer, including pancreatic neuroendocrine tumors, tumors of the salivary gland, and others.

"I’m aiming to systematically uncover the code of regulatory DNA and its disruption in cancer. This will allow us to both better understand how basic processes are regulated by, and encoded in, the DNA, as well as to uncover what drives various tumors we do not yet understand. We can suggest better strategies to manage these diseases and new drugs for targeting them."

At the Frontier of Computational Medicine

Dr. Drier’s lab team applies cutting-edge experimental techniques to studying and characterizing tumors in high throughput. In other words, rather than studying a specific gene or type of cancer, he studies a system: the entire cancer genome. Dr. Drier’s lab generates and analyzes a significant amount of data, including the tumor’s genetics, epigenetics, structure, gene expression, and more.

By applying powerful algorithms, Dr. Drier integrates his findings with other databases and develops computational models capable of predicting cancer-driving events, focusing on changes to regulatory DNA elements. Such events may include changes and differences among healthy and cancerous cells and what causes the cancer to appear, keep growing, and metastasize. In other words, Dr. Drier is capable of predicting the function of observed changes to regulatory DNA and their role in driving cancer.

Dr. Drier is currently taking a very broad approach; after identifying specific regulatory DNA alterations responsible for causing a particular form of cancer, his team will experimentally check whether indeed introducing these changes to cells causes the predicted outcome in order to establish cause and effect between regulatory DNA changes and cancer (rather than mere correlations).

Dr. Drier’s work is at the forefront of computational medicine, both at the Hebrew University and globally. His work has greatly contributed to our understanding of how disruptions to regulatory DNA can lead to cancer, and his breakthroughs are illuminating new ways to treat cancer patients.

"I am very grateful for the opportunity to work in the diverse and stimulating environment that the Hebrew University’s Faculty of Medicine provides, where collaborations naturally form between physicians, experimental biologists, and computational biologists, an intersection that provides for very rewarding science."