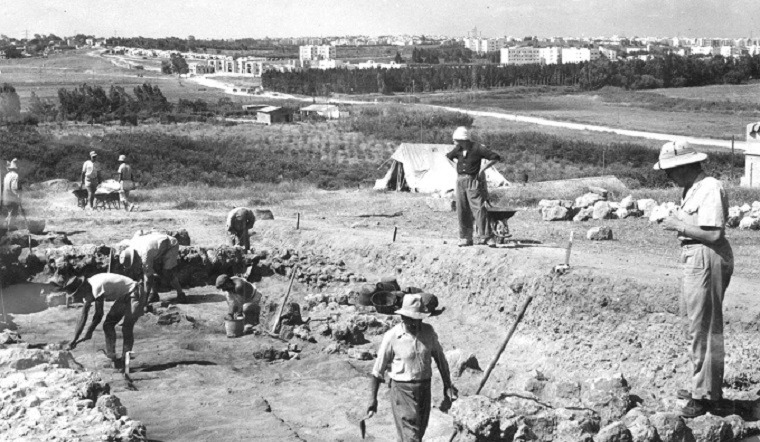 Researchers from the Hebrew University of Jerusalem, the University of Haifa, Flinders University in Australia, and the Israel Antiquities Authority discovered the remains of the most ancient defense structure against the rising of the seas so far known in human history.

Some 7,000 years ago, a village on the Carmel Coast of Israel built a wall to protect itself from the rising sea level caused by melting glaciers, joint research by Israeli and Australian scholars has uncovered. However, the endeavor of the inhabitants of Tel Hreiz, this village, eventually failed and the village was submerged, as explained in a study published recently by these researchers.

The lessons that can be learned from archaeology for modern-day-life are relevant even more than ever. The top-level scientists from the Hebrew University and other institutions cautioned that the fate of Tel Hreiz is a warning for present-day humans.

They explained that the position and situation of the ancient site are comparable to the ones of modern Jakarta, Indonesia’s capital, with a population of over 10 million people.“Modern sea-level rise has already caused lowland coastal erosion around the world. Given the size of coastal populations and settlements, the magnitude of predicted future population displacement differs considerably to the impacts on people during the Neolithic period,” they said.