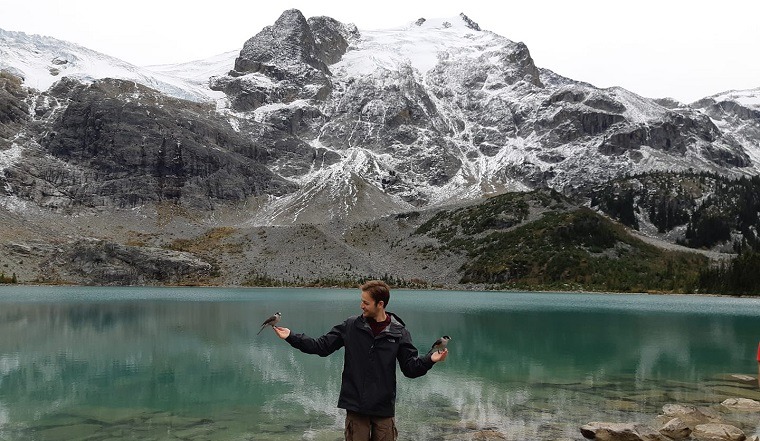 Omer Nehoray chose to study at the Hebrew University for its strong academic reputation, and because it offered the option of double majoring in business administration and philosophy.

Omer is an aspiring entrepreneur; he sees business as the engine that moves society forward. His heroes include Steve Jobs, Elon Musk, and Jeff Bezos; their innovations have shaped the world that we live in today. At the same time, Omer often waxes poetic about his views, experiences, and thoughts on the world – evincing his philosophical side.

In his second year of studies, Omer decided to participate in the Jerusalem School of Business Administration’s exchange program with the Sauder School of Business at the University of British Columbia. He spent an entire semester living in Vancouver and taking classes alongside local and exchange students.

"Studying abroad was such a pleasure. My horizons were broadened in so many ways, and I felt empowered. I encountered people, cultures, and opinions that all varied from my own. Nothing was homogenous."

In particular, Omer recalls one course he particularly enjoyed. The topic was entrepreneurship; how to take an idea, something you believe in, and turn it into a business venture.

"There’s a methodology for creating a start-up. It takes time and not everyone succeeds. But this course broke down the process into smaller, tangible steps, enabling me to work more effectively towards realizing my dreams."

Omer is now considering pursuing a graduate degree abroad. But at the end of the day, Omer says that Israelis are simply more authentic and direct than other cultures. “I feel more culturally at home in Israel, but value opportunities to have adventures abroad.”