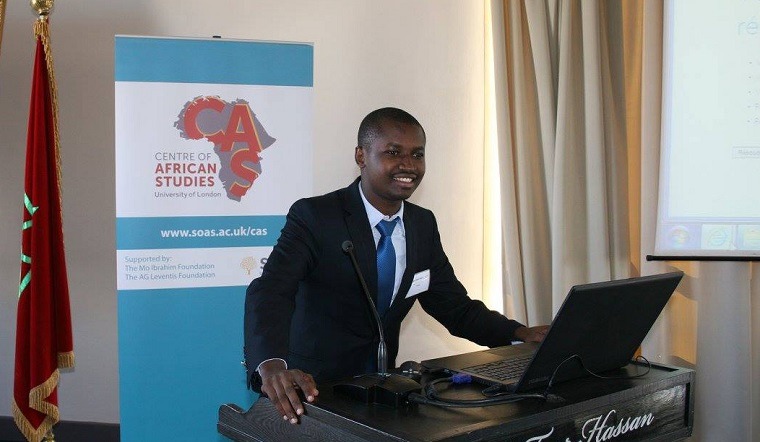 Jean Claude Muhire was born in the Democratic Republic of Congo, to Rwandan parents who fled the 1959 ethnic violence. His father teaches primary school, while his mother raised Jean Claude along with his five siblings. When he was seven, his family returned to Rwanda.

Growing up, his family wasn’t necessarily poor, but finances were tight. Jean Claude received a government scholarship to study fundamental and computational physics at the National University of Rwanda. While he was more inclined towards people-centered fields, such as public health and development, he made the most of it. During his studies he began volunteering, and later working, for the non-profit organization, Spark Microgrants. He would assist communities as they planned, designed, and carried out projects with their micro-grant.

After graduating, Jean Claude began the Global Health Fellowship, a leadership development program that included training at Yale University. He then spent a year driving social impact projects with vulnerable communities through Health Poverty Action, a non-profit organization working in rural Rwanda. By that time, he was ready to take his next academic step, and applied to Glocal.

Entering the program, Jean Claude hoped to gain a theoretical framework for understanding his experiences in the field. Glocal’s classes introduced him to new concepts, such as program evaluation, population dynamics, and critical thinking. In particular, he remembers one discussion focused on critiquing a model for giving money directly to people, rather than funding NGOs.

"I was adamantly opposed to directly giving money without any strings attached. I believed that people needed training, not cash. Handing $1,000 to a family who’d never even had $10 – they couldn’t possibly know how to use it wisely."

After graduating, he returned to Rwanda and began working for GiveDirectly, paving the way for the non-profit to begin working in Rwanda. It took over two years, but he succeeded. Suddenly, the theoretical discussion in class became a practical reality.

"I came to understand that people living in extreme poverty have priorities. They are in the best position to decide what they need. One family replaced their grass roof with one made of more durable materials. Another family, who’d always slept on the floor, bought mattresses. We take these things for granted, such as getting a good night’s sleep."

Five years after graduation, Jean Claude now runs his own consulting business, helping non-profits establish their operations in Rwanda, such as a multimillion-dollar poverty alleviation outcomes fund through an organization called Instiglio. He also works for the Friedrich-Ebert Foundation, managing programs and partnerships with government institutions, think tanks, trade unions, and civil society organizations that promote social protection and governance.

"My experience at Glocal was mind-blowing.  What I do today is pure development work. How I negotiate or design a program, evaluate the program, or understand its impact on partners – I learned it all at Glocal. In addition, a master’s degree from the Hebrew University opens many doors and helps me build bridges with different partners. Having a degree from such a prestigious university gives credibility to my CV."