Back in 2009, Liel Maghen participated in a year-long program at the Arava Institute, where students from Israel, Jordan, and the Palestinian Authority studied side-by-side. This experience was both familiar and completely foreign. As his father was born in Libya, Liel was increasingly able to pick out familiar Arabic words, while at the same time realizing his ignorance about his peer’s lives and histories.

These experiences led him to move to Jerusalem. “Jerusalem is where people have no choice but to live together, side-by-side, interdependently,” he reflects. “I wanted to immerse myself in its shared urbanism while learning more about city and regional history.”

Liel enrolled at Hebrew University, majoring in political science and Middle Eastern studies. However, he struggled to align his experiences in the Arava with those in Jerusalem. He became involved in community initiatives that bridged the two parts of the city – East and West. Yet Liel felt that the East Jerusalem Palestinian community and their needs were often overlooked.

When Liel heard about Glocal, he knew it was for him. He applied and began the program immediately after earning his BA.

“Glocal exposes students to micro- and macro-approaches to community development, balancing theoretical knowledge with practical skills. This combination gave me a wide understanding of how to be a catalyst for sustainable change in people’s lives.”

Liel hoped to do his Glocal internship in the Palestinian Authority or Jordan, but geo-political events led him to travel to Buenos Aires. There he focused on inner-city tensions, exploring ways to empower marginalized communities through mechanisms of urban development.

He returned to Jerusalem brimming with ideas and was appointed as co-director of a local non-profit that promotes inter-communal and regional initiatives. In partnership with the Davis Institute, Liel began bringing together Jerusalemites from across the city to envision a different future for the city and form working groups aimed at improving living conditions in different neighborhoods.

Liel also began working at Glocal, advising students and alumni, editing the annual magazine, and teaching a course on gender and community development in Jerusalem.

A few years later, Liel and colleagues from East Jerusalem partnered with local activist Tareq Nassar and Muslala (a local non-profit). Together they founded Sinsila, an East Jerusalem community center that takes an ecological approach to urbanism and offers a wide variety of courses: urban agriculture, permaculture, honey cultivation, urbanism, a women’s cooperative, and much more. Program alumni run and sell their products and the center’s café, while other alumni have established green roofs and maintain beehives across East Jerusalem. In total, over 100 women now have a sustainable, ecological income.

At some point, Liel reflected on all he’d accomplished. “Glocal taught me to recognize power dynamics that exist between societies. Only when such dynamics are recognized it is possible to support a true change and one that empowers local leadership and inter-dependence.”

He added: “Glocal taught me how to harness resources and skills to foster local leadership – and crucially, the importance of then taking a step back. For Sinsila (and every change) to be sustainable, it must be run from within the community, while we must understand our role in service and in support of local needs.” 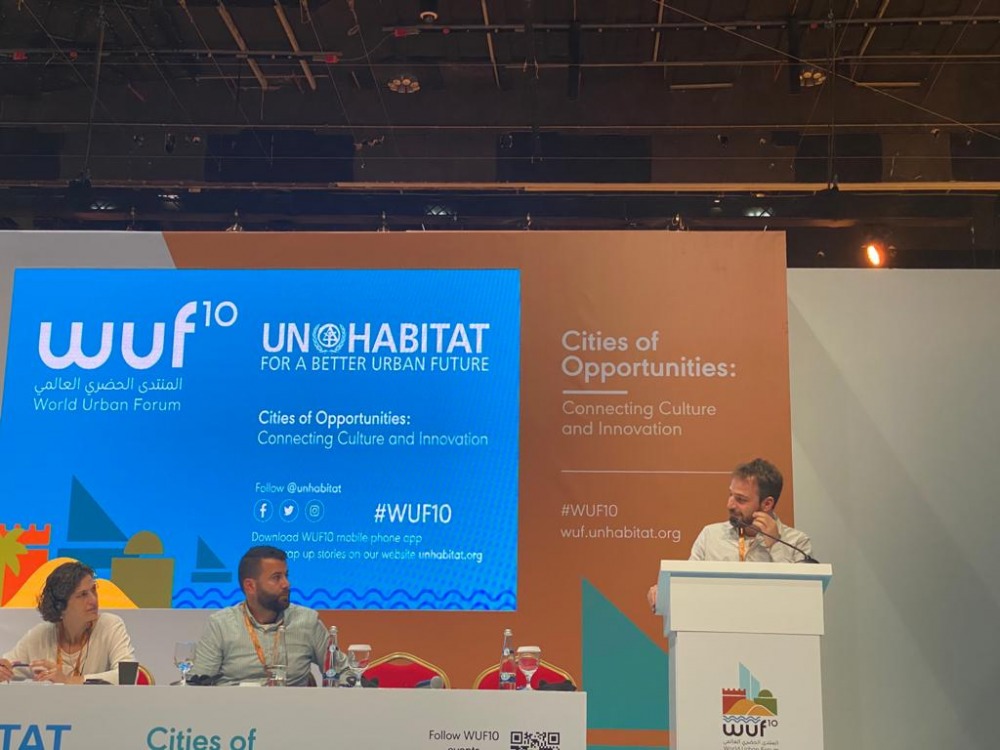