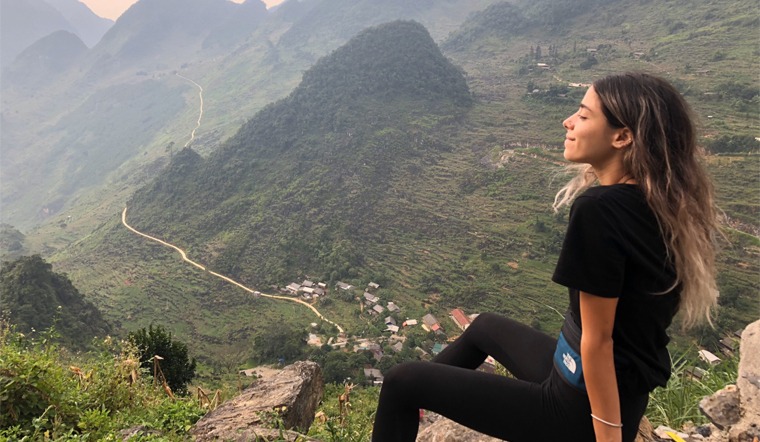 Daniella grew up in the ultra-Orthodox city of Bnei Brak. Neither of her parents ever obtained a higher education, and the surrounding community was also largely impoverished and uneducated.

"Because neither of my parents were educated, I had a strong urge to earn a degree as soon as I could – I didn’t want to postpone my studies a single day."

She attended an ultra-Orthodox elementary school where most of her peers ended up studying at seminaries, without completing the matriculation exams. Yet Daniella decided to transfer to the best high school in town, where the curriculum included a year of biology and a year of chemistry. Daniella wanted to major in Chemistry, but no such option existed. After earning a complete matriculation certificate, Daniella decided to apply to the Hebrew University.

Daniella is now in her second semester at the Robert H. Smith Faculty of Agriculture, Food and Environment – studying Biochemistry and Food Science. While she no longer identifies as ultra-Orthodox, she chooses which religious practices to maintain and feels connected to Jewish traditions.

Besides the financial support that makes her studies possible, Daniella receives academic assistance from two invaluable sources. First, as a graduate of ultra-Orthodox schools, Daniella is eligible for tutoring. Second, she receives help from the Center for Students with Learning Disabilities.

"I couldn’t have picked a better place to study than the Smith Faculty. If I’m having a hard time, there’s always someone willing to listen and help – whether Shirli from the Center for Students with Learning Disabilities, or the coordinator for ultra-Orthodox graduates. Everywhere I go, people are helpful and nice."