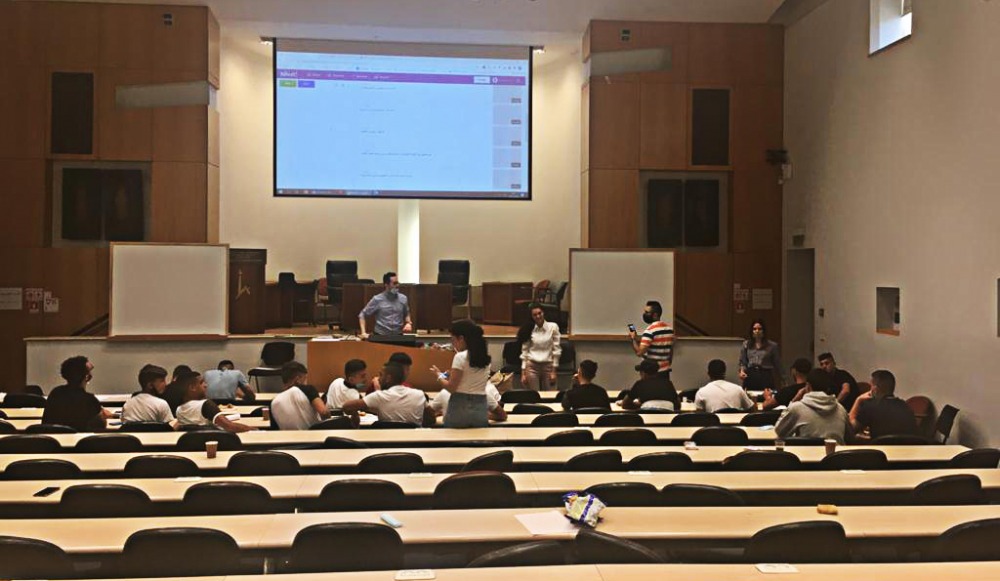 The Street Law Project works with youngsters who have been convicted, as part of their court-mandated rehabilitation plan, as well as care cases – children removed from their homes due to abuse or neglect. The year usually ends with a large production: a mock trial, written by law students and the teens and staged before parents, probation officers, other guests, and judges – members of HU’s Faculty of Law.

This past year, 45 youngsters were in the program, divided into three groups. They participated in weekly workshops run by students in the Rights of Youth at Risk Clinic on the Mt. Scopus campus. The Coronavirus struck just as they were scheduled to begin preparing the mock trial.

During the shutdown, the law students tried to maintain contact via phone calls or Zoom, despite the teens differential access to technology and the internet. Within each group, a core of participants continued meeting, yet the mock-trial was a lost cause. The clinic encouraged the students to think of an alternative project, to end the year on a high note.

The group of East Jerusalem youth, led by law students Hanan Hneif, Francis Tuma, and Mona Gawi, decided to focus on case studies. They divided participants into smaller groups, and each analyzed a separate scenario dealing with sexual assault, fraud, freedom of expression, or the penal code. The teens outlined how the law required them to act, their rights, and more. At the group’s final meeting, which took place on campus, each group presented their case study and fielded questions.

Hanan, Francis, and Mona also prepared a game show to summarize the year and distributed certificates. Each teen was given the opportunity to share how the program had impacted them.

Law students Smadar Laufer and Adiel Zanzouri led a West Jerusalem group of teens. They were inspired by a question they’d posed earlier in the year, both to their peers and the teens: How do you see the law? While students saw the law as a tool for empowerment, the teens saw the law as controlling and belittling. Thus, the students asked the teens to think of a law they disagreed with and develop a legal argument to support their position. The topics ranged from animal rights, the LGBT community, and the mandate to wear a protective mask. The teens gained experience applying the law in support of their own beliefs. The event took place in the largest auditorium, enabling parents to support their children while also socially distancing.