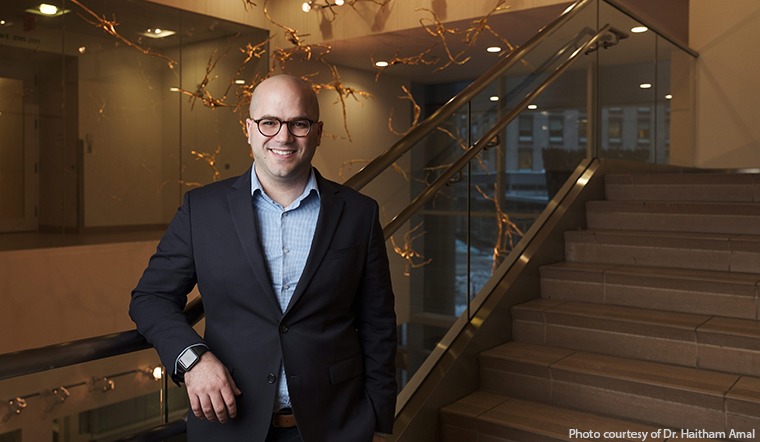 The Institute for Drug Research, the School of Pharmacy – the Hebrew University’s Faculty of Medicine | Lives in Haifa, married with two children.

Dr. Haitham Amal has developed an innovative method that can help identify therapeutic targets. He has used this method to identify significant changes in the brains of patients with neurological disorders such as autism and Alzheimer’s disease. His most significant finding came during his time at MIT, when he was the first to document a connection between high levels of nitric oxide (NO) in the brain with autism. Nitric oxide molecules regulate the activity of numerous organs, including the brain. Dr. Haitham also discovered that NO can affect key proteins, which may alter their neural function. The next step for his lab is developing a drug for altering protein function, which would cure or improve autistic behavior. The lab also aspires to identify biological markers of autism in children’s blood.

Two years ago, Dr. Amal left MIT for the Hebrew University, where he heads a research group at the Institute for Drug Research. One of his discoveries recently made headlines when he announced the identification of a joint molecular mechanism shared by Alzheimer’s patients and people with autism, which may cause neurological disorders. Dr. Amal’s discovery may help pave the way towards the development of more effective treatments.