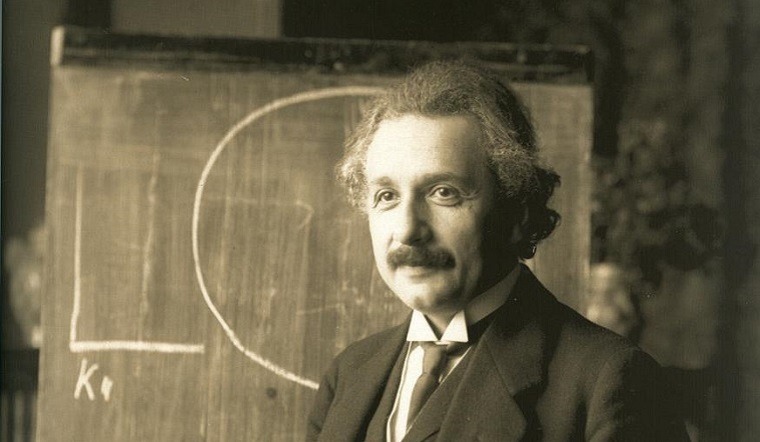 Even 140 years after Albert Einstein’s birth, his scientific discoveries still impact our lives--lasers, nuclear power, fiber optics, driverless cars, GPS and space travel all trace back to Einstein’s theories.  Today, the Hebrew University of Jerusalem (HU) unveiled 110 new manuscript pages, most of which have not been displayed before, and which shed light on the scientist and the man behind the science.

Einstein was one of the founding fathers of the Hebrew University of Jerusalem (HU).  To him, the University represented a combined commitment to a Jewish identity, the pursuit of truth, and respect for all human beings.  For these reasons, Einstein bequeathed his personal and scientific writings to the university and the Albert Einstein Archives were born.  As the Archives’ Academic Director Professor Hanoch Gutfreund shared, “We at the Hebrew University are proud to serve as the eternal home for Albert Einstein’s intellectual legacy, as was his wish”.

Einstein’s cousin Karen Cortell Reisman flew in from Texas to attend the arrival of the new manuscripts.  She shared personal experiences of growing up in a house imbibed by the famous cousin.  “Whenever someone came to visit our home, we always showed them our ‘Einstein Wall’ which was full of photos and letters from my grandmother’s famous cousin.”  Cortell Reisman recalled.  Cortell Reisman’s grandmother, Lina Kocherthaler, was Einstein's relative.  The two often traveled together and remained in close contact throughout their lives, sharing decades' worth of correspondence.  “Later, when I got married, instead of a Tiffany bowl or crystal vase, I asked my family for a gift that would be much more meaningful to me: a July 1949 letter that Einstein, along with my father and mother, wrote to Lina,” Cortell Reisman shared.

These days, Cortell Reisman delivers keynote lectures titled "Letters from Einstein" in which she shares with individuals and businesses how to apply Einstein's principles to increase creativity in their own personal and professional lives.

The new manuscripts were acquired for HU’s Albert Einstein Archives thanks to a philanthropic gift by the Crown-Goodman Family Foundation in Chicago.  They were purchased from a private collector in Chapel Hill, North Carolina.

Following the preservation and digitization of these new documents, HU’s Einstein Archives is currently working with Caltech’s Prof. Diana Kormos-Buchwald of the Einstein Papers Project to decipher the scientific and mathematical contexts for many of the calculations in this new collection.

To date, Hebrew University’s Albert Einstein Archives contains more than 80,000 items, including manuscripts, correspondences, photographs, diplomas and medals.  These items make accessible to the public not only Einstein’s scientific achievements but his public activity and private life, as well.