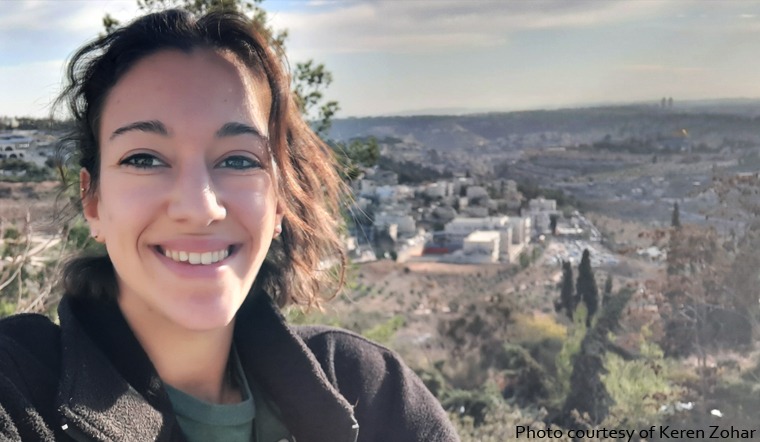 Keren Zohar is an undergraduate student of Business Administration and Japanese. She grew up in the coastal town of Hadera, south of Haifa. She has a twin brother who is autistic and a younger sister. Family finances were always tight, partially due to the high cost of her brother’s care, her parents’ separation, and her mother’s bankruptcy. Thus, Keren began working at a very young age.

Starting when she was 13, Keren babysat, worked as a cashier, waitressed, and worked at a summer camp for the circus arts (one of her hobbies). When she turned 16 and could work legally, she worked in restaurants, banquet halls, bars, and kitchens. After a few difficult conversations, Keren’s mother accepted her daughter’s contributions to the family’s finances. She worked primarily on weekends and school breaks.

Wherever she worked, Keren was always one of the youngest employees. As such, she felt the need to prove herself, and was honored when her co-workers relied upon her. She developed a strong work ethic and was proud to be helping at home. She even worked during her military service, on her weekends off.

Back in civilian life, Keren managed a restaurant kitchen for three years, before deciding to enroll at the Hebrew University – realizing one of her dreams. But school prevented her from being able to work full time. Thanks to the generosity of donors, Keren’s scholarship has enabled her to dedicate herself entirely to her studies. She still occasionally works on weekends but has the mental space – and financial ability – to prioritize school and realize her potential. She hopes that by studying Business Administration, she’ll be able to better understand the world of finance and resolve the monetary anxiety that’s long plagued her family.

"Hebrew University is the best thing that’s happened to me. I’m able to advance in my studies, and I’m interested in all my courses. I’ve learned how much I’m capable of, and it’s OK to ask teachers, administrators, and friends for help. I know how much more I have to learn – and can’t wait!"