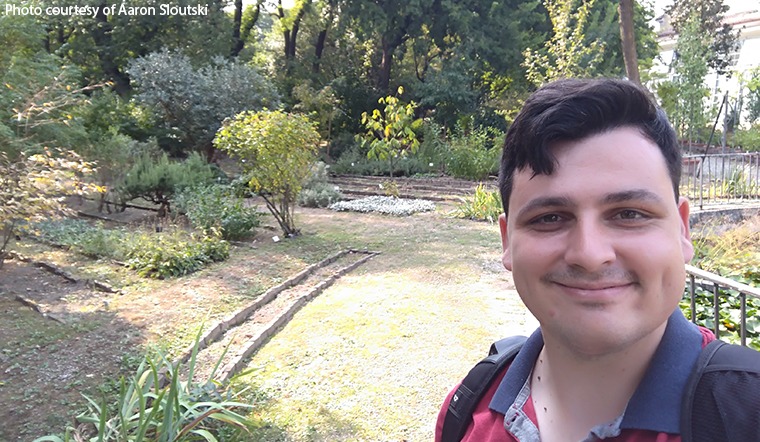 As a child, Aaron moved from the USSR to Jerusalem with his family. Growing up in close proximity to his grandparents, who were both physicists, Aaron was inspired and encouraged to study science from an early age.

He began studying for his BSc in Chemistry at the Hebrew University of Jerusalem at the age of 14, as part of a program for scientifically minded teens. He completed his degree after graduating high school. After a few years with the military, in which he applied his scientific knowledge, he began his MSc. Aaron worked hard to juggle his responsibilities on campus, the base, and home – having recently married Hanna, a new immigrant to Israel.

Today, Aaron and his wife continue to care for his aging grandparents – whose inspiration led Aaron on a lifetime of science. His doctoral studies are progressing, and he will soon begin exploring post-doctoral opportunities abroad.

Aaron's scholarship grants him the opportunity to pursue his PhD research on a full-time basis, while also helping his aging grandparents.

"As part of my PhD studies, I get to work with young students, my colleagues, whom I guide throughout their studies and help them, while one of my roles in the lab is Project Manager. I enjoy teaching other people and helping them, which is one of the main reasons I will look for an academic career in the future, alongside my passion for chemistry.