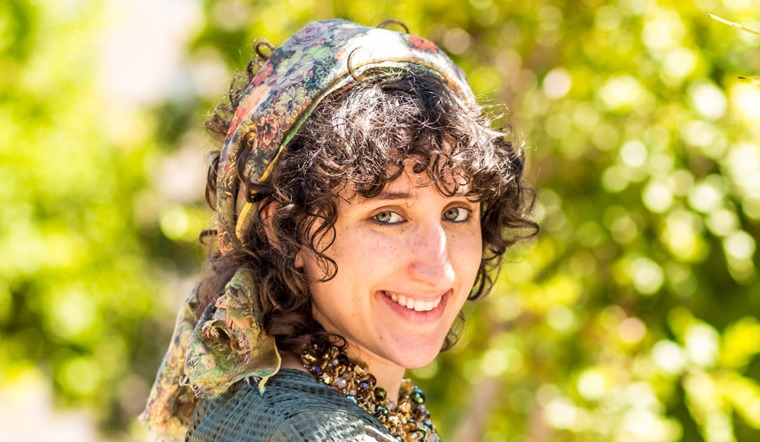 Graduating four years ago from Revivim, Meytal, the first recipient of The Barbara Sieratzki Scholarship, still draws on the in-depth training she received to make her Bible classes meaningful as well as informative. Working in the prestigious Reali School in Haifa, her students hail from all over the country and include Christians, Moslems, Druze, and Jews. As a 12th-grade teacher and the Bible teacher, she pioneered the school’s elective program in Jewish Studies and has made it her mission to bring the Bible’s characters and topics to life for the whole student body.

In Bible Morning, Meytal launched all 400 twelfth-graders into an unforgettable experience. During the two-week run-up to the event, the 14 students in her elective program took charge of whetting everyone’s appetite by posting fun facts and Did You Know? riddles about the Bible all over the school. With signs on water coolers about Bible stories at the well and notes with the Biblical source of people’s names on their lockers, Meytal heightened everyone’s interest for the Bible Morning itself.

On the big day, half the grade enjoyed TED-style talks by various specialist teachers such as math and art, and even the custodian, who spoke about the Bible‘s connection with their own subjects. In parallel, the other half of the grade were “trapped” in an escape room designed to illustrate the most important events in the Bible, where they had to analyze the relevant Bible texts in order to uncover the clues. After both sets of students had switched and participated in both activities, they came together for the results of the competition, Did You Know in the Bible?, and a closing film in which she interviewed students and faculty about their favorite Biblical characters.

As for day-to-day teaching, Meytal acknowledges:

"Thanks to Revivim, I feel like I have 7 and not 4 years of experience. The visits to schools and intense teaching preparation gave me the tools and confidence to be an inspiring and effective teacher. One of my students just wrote to me, ‘Thanks to you, Bible is my favorite subject and I had tears in my eyes when I did the matriculation exam, as it marked the last time studying with you.’ That gives me the greatest satisfaction, to teach and to make an impact."

During the Coronavirus shut-down of the schools, Meytal turned a problem into an opportunity. Realizing that her students lacked the impetus to review Biblical texts, she created an online escape room for them to bring the passages to life. In Free David, the students needed to peruse the Book of Samuel in advance in order to help King David run away from his rival and predecessor, King Saul, who was bent on killing him.