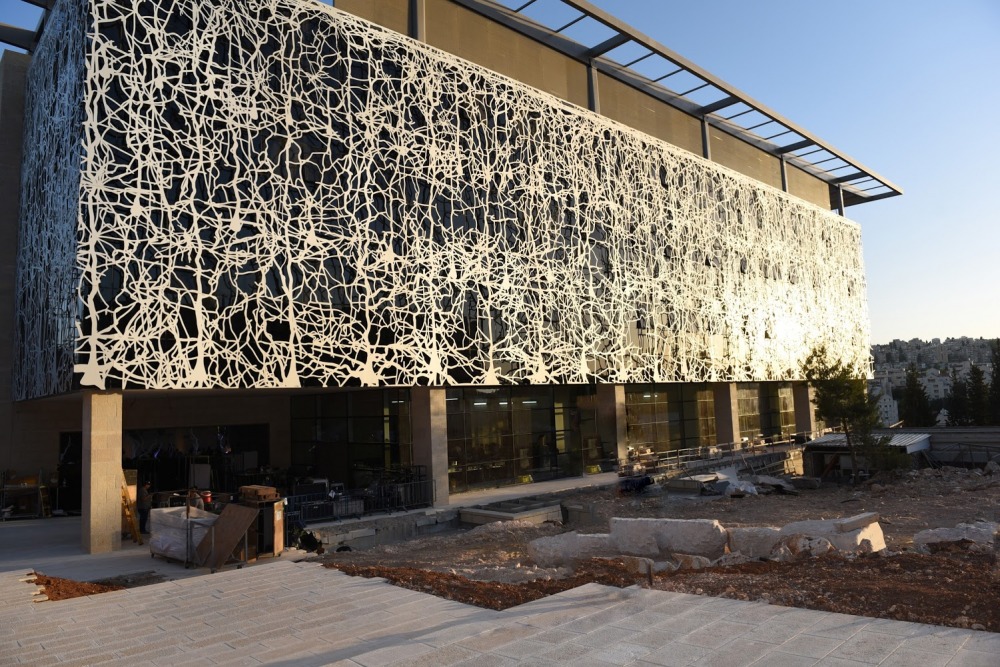 More than 400 friends and supporters joined Mrs. Lily Safra as she dedicated the new home of ELSC.

More than 400 friends and supporters joined Mrs. Lily Safra as she dedicated the new home of the Edmond and Lily Safra Center for Brain Sciences (ELSC) at the Hebrew University of Jerusalem's Edmond J. Safra Campus.

The Mayor of Jerusalem, Nir Barkat, and Lord Norman Foster, Founder and Executive Chairman of the British architectural firm Foster + Partners, which designed the new Center, were among the dignitaries attending the gala event.

“I am thrilled to join in celebrating this defining moment for ELSC when such an extraordinary new building becomes home to a remarkable community of researchers and students," said Mrs. Lily Safra. “Their multi-disciplinary study of the brain's secrets will surely make a profound impact on how we treat disease and care for patients. I know that my husband Edmond would share my deep sense of pride that our names are associated with such pioneering work, and with such dedicated and inspiring people."

Mrs. Safra is a leading supporter of neuroscience research projects around the world, and Chairwoman of the Edmond J. Safra Foundation, which pledged a lead donation of $50 Million of the Center's $150 Million initial budget.

“The Hebrew University is grateful to Mrs. Lily Safra and the Edmond J. Safra Foundation for their leadership in this historic initiative to unlock the mysteries of the brain," said Prof. Menahem Ben-Sasson, President of the Hebrew University. “ELSC is unique in the way it brings together theoretical and experimental researchers to develop pioneering approaches to brain science."

The 14,500 square-meter Center is a premier setting that will encourage effective collaboration through interdisciplinary collaboration and interaction. Specialists in disciplines such as physics, computer science, psychology, neurobiology and medicine will all work under one roof to achieve breakthroughs that improve the lives of patients suffering from illnesses of the brain.

Directed by Prof. Israel Nelken and Prof. Adi Mizrahi, the Center will include state-of-the-art labs, classrooms, an innovative imaging center, and areas for biological and pre-clinical research. Significant emphasis was placed on constructing an environmentally friendly building with a focus on conserving energy and reducing carbon dioxide emissions.