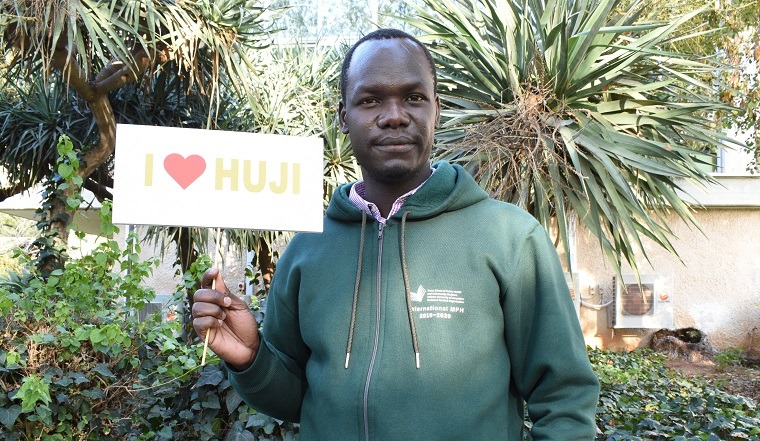 Okot Samuel Obonyo was born in the Agago district, northern Uganda, in 1986, a year before the founding of the Lord’s Resistance Army (LRA) and the onset of the violence that plagued that region for two decades. He belongs to the Acholi tribe.

In many ways, Samuel’s life story is marked by the most notorious aspects of that bloody conflict; he repeatedly escaped death, while witnessing horrifying massacres. At the age of 13, he narrowly escaped abduction by the ruthless rebels, who intended to brainwash and train him as a child soldier. Unfortunately, several of Samuel’s family members, relatives, and friends lost their lives to the rebels.

Amidst all these conflicts, Samuel persisted and was lucky to continue his primary and secondary education, all while dreaming of becoming a medical doctor.

"I saw my classmates drop out one by one. They lost hope in their studies, in their future. Many joined the LRA. Others lost parents to fighting or HIV/AIDS and needed to support their families. I estimate that out of 300 primary students, only a tiny handful has reached any type of higher education."

Thanks to relatives living in central Uganda, Samuel was able to move to a more peaceful region and eventually completed his high school education. He began studying towards a bachelor’s degree in environmental health at Makerere University, located in Kampala – 600 km away from his family.

Between semesters, Samuel would travel by bus back home – which was an internally displaced person’s camps (IDP). The IDP camps were established by the government to provide protection yet were largely run and serviced by international NGOs. In the camps, people suffered from an array of maladies, including hunger, malnutrition, dysentery, hepatitis E, cholera, and HIV/AIDS.

Due to the region’s volatility, very few qualified health workers or volunteers were willing to work in northern Uganda. As a result, Samuel began volunteering in the IDP camps during his breaks from school, teaching people about hygiene and sanitation, malaria prevention, cholera, and more. When his break ended, he would board the bus and return to his studies at the University.

Upon the completion of his degree in 2010, Samuel returned home to continue serving his people in the IDP camps. Peace talks had resulted in a burgeoning sense of peace in northern Uganda, and the government advised people to return to their ancestral homes, while NGOs began scaling down their activities.

For the last three years, Samuel has worked for the Nwoya district local government, as an Assistant District Health Officer in charge of environmental health. In 2019 he moved to Jerusalem to begin the International Master in Public Health program (IMPH). This was Samuel’s first time outside of Uganda. After graduating, he will return home and assume his job, as he continues to serve the war-ravaged, impoverished district.

"I aspire to one day work for the Ministry of Health as a Commissioner, or as a Public Health consultant. I want to advocate for the health of marginalized populations, because of everything I’ve seen and been through."

Samuel is greatly enjoying his time in Jerusalem and has been very impressed by Israel’s healthcare system. The IMPH program has been challenging and interesting, and he hopes to apply everything he has learned towards improving the lives of Ugandans, especially in the northern region.