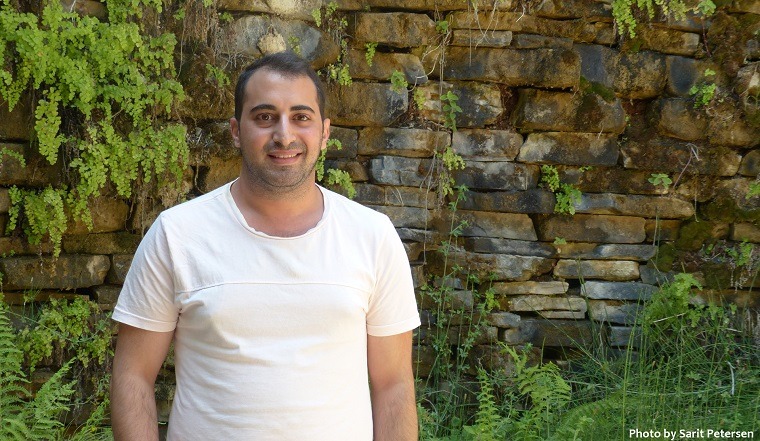 Aviad Harel grew up in an ultra-Orthodox family in Jerusalem. He studied at yeshivas, which focused solely on Judaic subjects – with barely any math, science, or English. At the age of 18, he decided to leave the ultra-Orthodox world. Like an infant, everything was new: social norms, popular culture, how to dress, how to speak, etc.

Having grown up in a family that didn’t prioritize education, Aviad began working odd jobs while trying to figure out what he wanted to do with his life. He gradually realized the importance of an education – both in terms of personal growth and financial security. He decided to complete his matriculation exams at the Hebrew University’s preparatory program, run by the Dean of Students Office. If it went well, he figured, he might consider pursing an undergraduate degree.

Initially, Aviad was thrilled to be learning new things, things that were common and basic knowledge in the secular world. Yet soon he began to worry; there was so much to learn in so little time. He would sit for endless hours reviewing words in English. He recalls a math exam early on, in which an X appeared. In yeshiva, this was the multiplication sign. He’d never seen an equation before, or learned to solve for X.

"The preparatory program’s staff was amazing. Everyone helped us cope with our complete lack of knowledge. They truly gave us tools to succeed. It wasn’t easy, but they didn’t give up on us, and didn’t let us give up on ourselves."

By the second semester, Aviad was able to tutor other students. He eventually graduated from the preparatory program with honors and realized he wanted to embark on a meaningful career, to alleviate suffering and save lives. He decided to study nursing and is considering transferring to medical school upon graduation.

"I’m the first person in my family to pursue a higher education. It’s a privilege to study at the Hebrew University, to gain knowledge, invest in myself, and realize my potential."

The Hebrew University offers students like Aviad, graduates of ultra-Orthodox institutions, a comprehensive support package that includes academic tutoring, financial support, and social activities. Aviad is thankful for this backing, a sign that the university believes in him – and his ability to succeed.