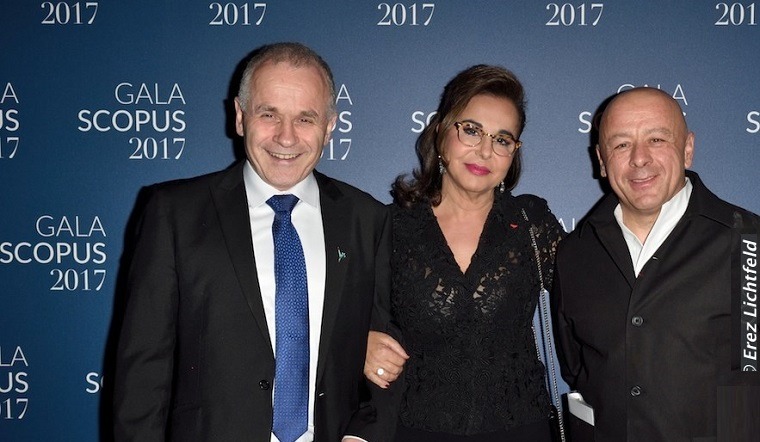 The French Friends of the Hebrew University of Jerusalem held their annual Scopus Prize awards, which this year was awarded to French chef, Thierry Marx.

The film was created during Marx's visit to the Robert H. Smith Faculty of Agriculture, Food and Environment in Rehovot in advance of the event.

The Scopus Prize was awarded by Michale Anahory, the new president of the UHJ-France, on December 4th. More than 400 guests were present among which, President of Hebrew University Asher Cohen, Past recipients Beate and Serge Klarsfeld, France's Chief Rabbi Ham Korsia and Eric de Rothschild, as well as Aliza Bin-Noun Ambassador of Israel in France, Jacques Attali, Tomer Sisley and Alexandre Arcadi, to name but a few.

French Friends of the Hebrew University