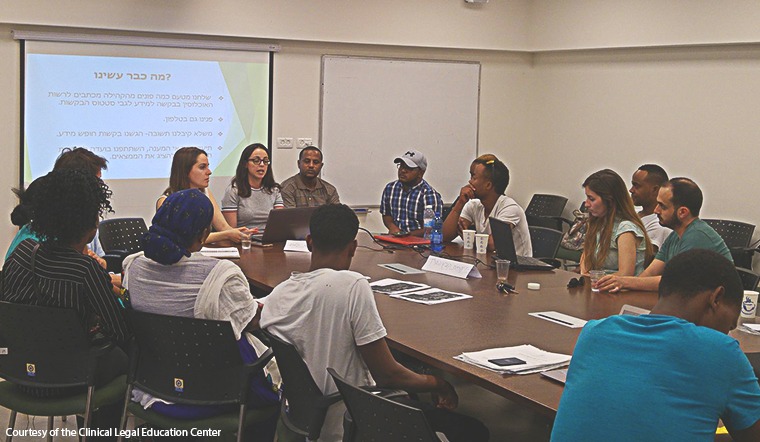 The Criminal Justice Clinic protects the rights of individuals accused of committing a crime, working with them at every stage of the process and with a focus on those without financial means.

The Multiculturalism and Diversity Clinic gives voice to the different cultural groups within Israeli society by using the law and other strategies such as dialogue among different populations.

These two clinics joined forces in November 2018, after the President of Israel and the Minister of Justice announced that members of the Ethiopian community who have criminal records but did not commit serious crimes would be given the opportunity to be pardoned and have their records expunged. Working with the Association of Ethiopian Jews, the clinics offered their assistance for those wanting to submit requests for pardons. Within one week of this service being announced, they had received 14 requests. Since only a small percentage of requests for pardons are approved, the Clinics consider that legal representation and detailed, substantiated requests will likely increase the clients’ chances of being granted pardons.