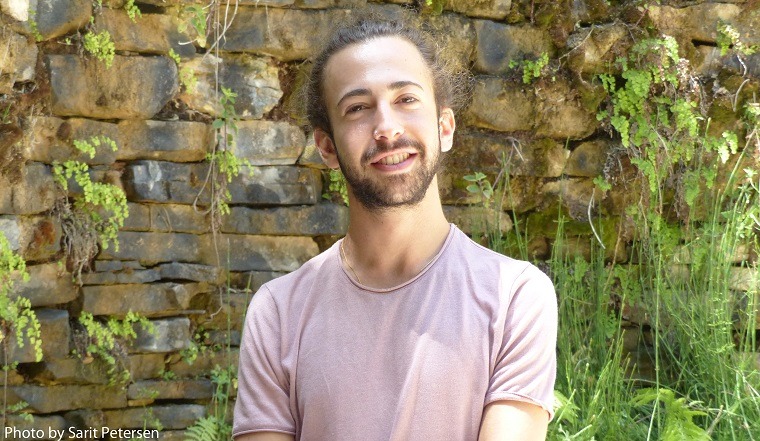 Jacob (Yakov) Shapiro is a third-year student in the departments of Communications and International Relations. He was born to parents who immigrated to Israel in the early 1990s from Minsk (now Belarus). When Jacob was four years old, his parents separated. His mother raised him, while also caring for her aging mother. Jacob’s father cut off all contact.

A few years after his parents separated, Jacob’s grandmother suffered a stroke. She was moved to a geriatric nursing home, where she remained, uncommunicative, until her death twelve years later. All the while, Jacob’s mother cared for both her mother and son. To help with the finances, Jacob began working at an early age.

Jacob excelled at school and was placed in a class for gifted children. He also volunteered at the nursing home where his grandma had lived and at the sports center, assisting coaching children in tennis.

After completing his military service, Jacob volunteered for a Jewish Agency delegation to Cherkasy, Ukraine. It was there recognized his sense of mission and representing Israel to the world. Throughout his studies, Jacob continued to travel to Ukraine twice a year and the dream of becoming a diplomat began to take shape. He is fully committed to strengthening ties between Diaspora Jewry, Judaism, and Israel, and hopes to enroll as a cadet in the Ministry of Foreign Affairs’ training course after graduation.

"I am very proud of overcoming so many challenges, and know that I couldn’t have done it myself. The fact that I, a second-generation immigrant, will soon graduate with a degree from Israel’s best university shouldn’t be taken for granted. I am thankful for the scholarship and support and look forward to my future. I can’t wait to see where life will take me!