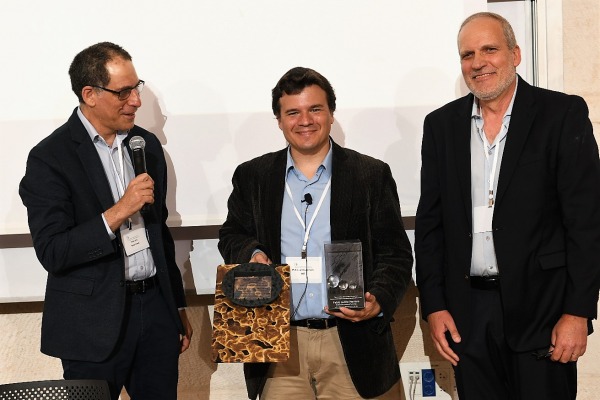 MIT physics Professor Pablo Jarillo-Herrero has won the 2022 Dan Maydan Prize for Nanoscience Research for his pioneering work on two-dimensional nanomaterials.  The Dan Maydan Prize was established by the Hebrew University of Jerusalem (HU) in 2018, with the generous contribution of Dr. Maydan, who played a central role in establishing the Israeli National Nanotechnology Initiative (INNI).  The INNI helped position Israel as a leader in nanotech and led to the opening of 10 nanotech centers in the country, including HU’s Center for Nanoscience and Nanotechnology.

The annual $10,000 USD Maydan Prize is awarded to outstanding young scientists from Israel or abroad in recognition of their significant academic accomplishments in the field of nanoscience and nanotechnology.  Prizewinners are carefully chosen by the selection committee, headed by HU Professors Uri Banin, Committee Chair and Founding Director of the Center; Uriel Levy, current Director of the Center; and Reem Sari, HU VP for Research and Development.

Jarillo-Herrero was chosen for his pioneering work on stacked van-der-Waals materials, including his contributions to understanding topological and magnetic phases, and for his discovery of superconductivity and correlated states in twisted bilayer graphene. As selection chair Banin noted, “Professor Jarillo-Herrero has opened up a new frontier in the field of nanomaterials and their physics.  Based on his groundbreaking research, we can now produce transistors based on superconductors and other apparatuses that form the basis for innovative logic devices.”