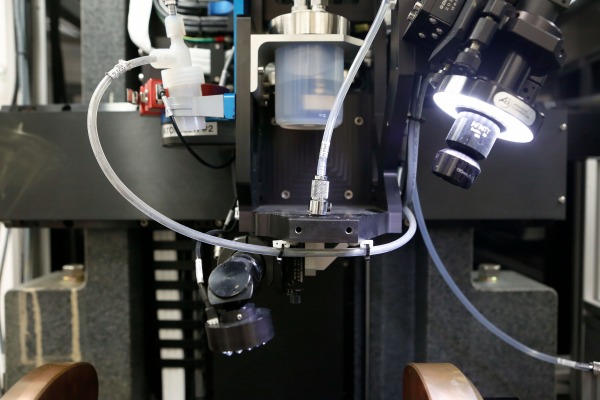 Micro-electro-mechanical devices (MEMS) are based on the integration of mechanical and electrical components on a micrometer scale. We all use it continuously in our everyday life: for example in our mobile phone there are at least a dozen MEMS that regulate different activities ranging from motion, position and inclination monitoring of the phone, active filters for the different transmission bands and the microphone itself.

Even more interesting is the extreme nanoscale miniaturization of these devices (NEMS), because it offers the possibility of creating inertial, mass and force sensors with such sensitivity that they can interact with single molecules.

However, the diffusion of NEMS sensors is still limited by the high manufacturing cost of traditional silicon-based technologies. Conversely, new technologies such as 3D printing have shown that similar structures can be created at low cost and with interesting intrinsic functionalities, but to date the performance as mass sensors are poor.

The article "Reaching silicon-based NEMS performances with 3D printer nanomechanical resonators" published in the prestigious journal Nature Communications shows how it is possible to obtain mechanical nanoresonators from 3D printing with figures of merit such as quality factor, published stability, mass sensitivity and strength comparable to those of silicon resonators. The research is the result of the collaboration between the Politecnico di Torino – thanks to the research activity of Stefano Stassi and Carlo Ricciardi from the Department of Applied Science and Technology-DISAT together with Mauro Tortello and Fabrizio Pirri (NAMES and MPNMT groups) - and the Hebrew University of Jerusalem, with the research of Ido Cooperstein and Shlomo Magdassi.

The different nanodevices (membranes, cantilever, bridges) were obtained by two-photon polymerization on new liquid compositions, followed by a thermal process that removes the organic content, leaving a ceramic structure with high rigidity and low internal dissipation. The samples thus obtained are then characterized by Laser Doppler vibrometry.

“The NEMS that we have fabricated and characterized - explains Stefano Stassi – have mechanical performances in line with current silicon devices, but they are obtained through a simpler, faster and more versatile process, thanks to which it is also possible to add new chemical-physical functionalities. For example, the material used in the article is Nd: YAG, normally used as a solid-state laser source in the infrared range"

“The ability to fabricate complex and miniature devices that have performance similar to silicon ones – says Shlomo Magdassi - by a quick and simple 3D printing process, brings new horizons to the field of additive manufacturing and rapid manufacturing.”

The work was developed within the research projects PRIN 2017- Prot.20172TZHYX, funded by the Ministero dell’Università e della Ricerca (MUR) and H2020 FET Open “Boheme”, funded by the European Union, and by Israel Ministry of Science and Technology and the National Research Foundation, Prime Minister’s Office, Singapore, under its Campus of Research Excellence and Technological Enterprise (CREATE) program.