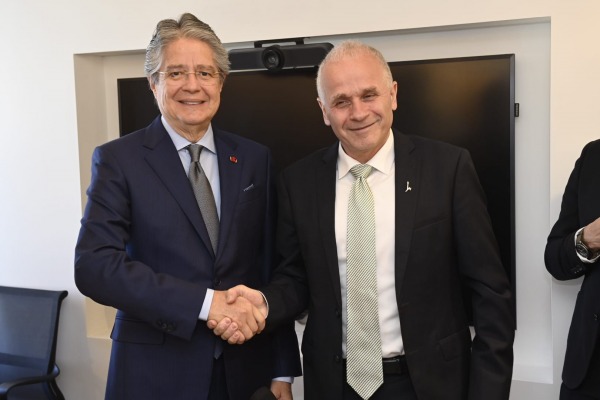 Ecuadoran President Guillermo Lasso became the 1st sitting president of his country to visit Israel.  He arrived with a 100-member delegation that will remain in country for two weeks to visit Israeli universities and innovative projects.

Today at the Hebrew University of Jerusalem, Lasso and his wife First Lady Maria de Lourdes Alcivar, inaugurated Ecuador’s Office for Technology and Innovation and held a business conference called “Ecuador Open for Business” to develop investments and public-private partnerships with key players in Israel’s ecosystem.

Ecuador has been a friend of Israel since before the establishment of the State. The South American nation was one of the 33 United Nations member states that voted in favor of the partition of Palestine on November 29, 1947, clearing the way for Israel’s independence the following year.