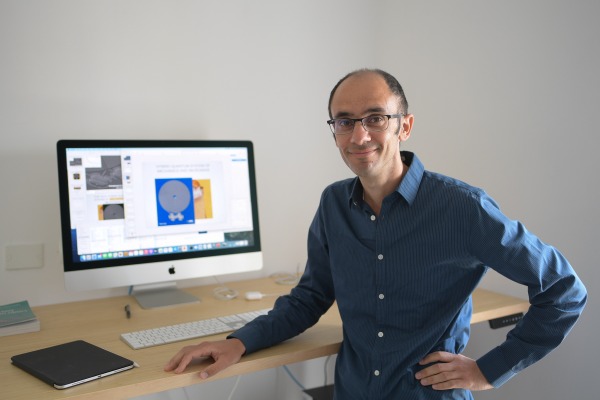 Physics World, the leading physics magazine published by the UK-based Institute of Physics, awarded the 2021 Breakthrough of the Year prize to two research teams who advanced our understanding of quantum systems.  Physics World editors chose the winners from nearly 600 published research articles that demonstrated “important work for scientific progress and/or the development of real-world applications.”  One of the teams, noted for their breakthrough of entangling two macroscopic vibrating drumheads, was led by Dr. Shlomi Kotler, now at the Hebrew University of Jerusalem’s Department of Applied Physics, along with John Teufel and colleagues at the US National Institute of Standards and Technology (NIST).

Quantum technology has made great strides over the past two decades.  Physicists are now able to construct and manipulate systems that were once in the realm of thought experiments.  One particularly fascinating avenue of inquiry is the fuzzy border between quantum and classical physics. In the past, a clear line could be made in terms of size: tiny objects such as photons and electrons inhabit the quantum world whereas large objects such as billiard balls obey classical physics.

Over the past decade, however, physicists have been pushing the limits of what is considered quantum by using drum-like mechanical resonators that measure 10 microns across. Unlike electrons or photons, these drumheads are macroscopic objects that are manufactured using standard nano fabrication techniques and appear as solid as billiard balls in electron microscope images (see attached image). Yet despite the resonators’ tangible nature, researchers have been able to observe their quantum properties.  Kotler and Teufel’s team took this finding a step further, becoming the first scientists to quantum-mechanically entangle two such drumheads. Their efforts open the door for entangled resonators to be used as quantum sensors or as nodes in quantum networks.

Upon hearing news of the award, Kotler shared “'I'm very excited about this award.  We’ve been at it a long time and took quite a few risks along the way.  I prayed hard after we ran the last experiment.  If everything worked, we would have the rare chance to see macroscopic entanglement. If it didn’t, 4 years of research would have gone down the tubes.  Fortunately, we saw entanglement, and the rest, as they say, is quantum history.  I very much appreciate the fact that Hebrew University and the Department of Applied Physics and the Quantum Center worked hard to hire me as junior faculty, taking a risk before these results were published.”