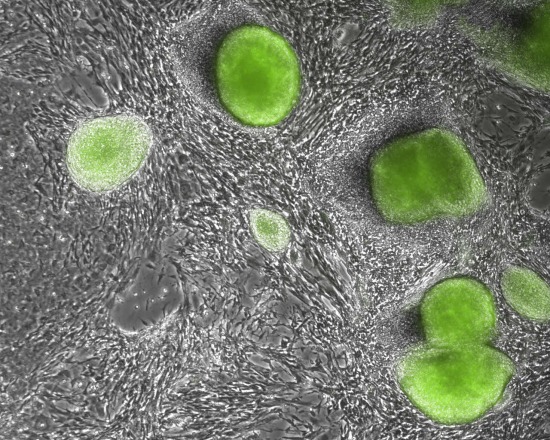 Team identifies 14,000 sites on the genome of embryo stem cells that control the development of all embryonic organs

A groundbreaking study, led by Professors Yossi Buganim at the Hebrew University of Jerusalem (HU) Faculty of Medicine’s Institute for Medical Research and Tommy Kaplan at HU’s School of Computer Science and Engineering and Department of Computational Biology, has uncovered unique 14,000 sites in the DNA that together form the most elementary blueprint for embryogenesis- the creation of embryos.  Their findings were published in Nature Communications.

In 2015, Prof. Buganim and his team were first to discover how to create artificial placental stem cells from skin cells.  This step enabled scientists to create the two earliest types of stem cells in the embryonic development process that happens right after sperm fertilize an egg.  In this current study, the HU research team, which included PhD students Mohammad Jaber, Ahmed Radwan and Netanel Loyfer, closely examined the process that skin cells undergo to transform themselves into either embryonic or placental stem cells.

“We analyzed the changes that skin cells undergo to change their identity and become one of the two earliest types of stem cells.  We looked at changes in gene expression of the skin cell, in the accessibility and activity of the DNA within the nucleus of the changing skin cell, and in epigenetic markers (i.e. marks that decorate the DNA and responsible for gene expression).  These are all critical when trying to convert a skin cell into an artificial embryonic or placental stem cell,” Buganim explained.

The researchers found that the changes that take place in skin cells to become either embryonic or placental artificial stem cells were entirely different from one another at every level, despite the fact that both started out as skin cells.

When a skin cell transforms into an artificial embryonic stem cell, the parts of DNA that are responsible to create the brain, heart and liver began to reorganize and prepare themselves to differentiate- given the right signal- into brain, heart or liver cells.  On the other hand, when those same cells were transforming into an artificial placental stem cell, the DNA sites began reorganizing themselves to allow the changing cell to implant itself and attract blood vessels, a phenomenon that occurs naturally, allowing the embryo to implant into the uterus.

The most remarkable discovery came when the team compared the two processes side-by-side and looked at a chemical molecule called methyl, which interacts with specific areas of the DNA and is responsible for silencing their expression.  “We discovered that artificial placental stem cells contained close to 14,000 DNA sites with methyl but were nowhere to be seen in the artificial embryonic stem cells,” shared Buganim.

When the research team tried to understand the significance of those DNA areas, they found that they’re responsible to create all the organs and cells in developing embryos—from the brain, heart, liver and kidneys to the skeleton, spinal cord and connective tissues.

Going forward, this significant discovery may help explain the embryonic defense system, which prevents early placental cells from developing into embryonic cells. “Since placental cells are susceptible to damage and infection, the body’s natural defense mechanism prevents placental cells that migrating to the developing embryo and attaching to it to become part of the embryo,” Buganim explained.  Overall, this study illuminates key features that characterize our ability to reprogram cells and provides a powerful tool to study cellular plasticity and cell-fate decisions.