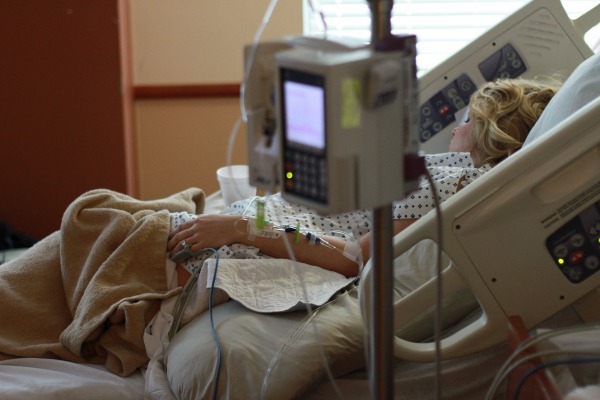 For the past year and a half, many of our decisions regarding whether it is safe to fly to country X or to vacation in country Y have been based a given country’s reported COVID-19 deaths.  These stats give the public a sense of how successful—or unsuccessful—that country has been at containing the spread of the coronavirus and its variant offspring.  However, not all countries have been playing fair.  Several have underreported their numbers, either deliberately or due to faulty testing capacities.

Now, two young researchers, one from Israel and one from Germany, have teamed up to set the record straight.  Instead of relying on countries’ published COVID-19 death rates, they created the World Mortality Dataset, the largest existing collection of overall mortality data, to uncover the true rate of COVID-19 deaths in more than 100 countries.  They published their findings in eLife journal.

In any given period of time, a certain number of people die due to a variety of reasons: old age, illness, violence, traffic accidents and more.  These deaths are commonly known as “expected deaths”.  Researchers use this data to predict the number of expected deaths in coming months and years.  However, pandemics, wars, natural and manmade disasters cause additional deaths, above and beyond the expected.  These are known as “excess deaths”.

To calculate a given country’s true COVID-19 death toll, Ariel Karlinsky, a graduate student at Hebrew University of Jerusalem (HU)’s economics Department and Dmitry Kobak from Germany’s Tübingen University collected mortality data from 103 countries.  “We gathered mortality data to answer a number of questions,” Karlinsky shared. “We wanted to find out whether the pandemic caused excess deaths in the countries we covered and, if so, to what extent.”

For example, several Latin American countries, namely Bolivia, Ecuador, Mexico and Peru underreported their COVID-19 deaths, even though the number of excess deaths sustained during the pandemic period was over 50% higher than the number of expected deaths. According to Karlinsky and Kobak’s World Mortality Dataset, Bolivia’s true number of COVID deaths is likely 2.5 times higher than they reported—36,000 deaths instead of 15,000. In Ecuador, it’s 2.9 times higher—64,000 deaths instead of the 22,000 reported, while in Mexico, the figure is 2.1 times higher—471,000 instead of the 221,000 pandemic deaths that were reported.

However, Peru stood out from the bunch.  They originally underreported their COVID-19 deaths—claiming only 69,000 deaths when in reality that figure was closer to 185,000.  After an outcry by public health officials, Peru’s health ministry made amends.  They audited all deaths during the pandemic period and resubmitted COVID-19 death stats to the World Health Organization that more accurately reflect the true number of excess deaths caused by the pandemic.

The former Soviet Union is not alone in vastly underreporting its COVID-19 deaths.  According to the Karlinsky-Kobak study, Nicaragua’s true number of pandemic deaths is 50 times higher than reported—7,000 coronavirus deaths instead of the 137 reported.  However, it’s not all doom and gloom. Australia and New Zealand’s death rate during the pandemic was actually lower than previous periods.  This is likely due to their virus-containment efforts, which included border closures, social distancing and mask-wearing which decreased their overall number of deaths during the pandemic period.

Among European nations, the team found that many countries faithfully reported their pandemic deaths.  Per 100,000 people, the United Kingdom suffered 159 deaths, France 110, Switzerland 100.  The Czech Republic suffered 320 pandemic deaths and Poland 310.  Denmark and Norway were unique in that they experienced no excess mortality during the pandemic.  The United States had 194 excess deaths per 100,000 persons.

“Our results present a comprehensive picture of the impact of COVID-19,” Kobak shared.  “We hope these findings—and their methodology –will lead to a better understanding of the pandemic and highlight the importance of open-source and fast mortality reporting.”

In the Middle East, Israel’s excess deaths during the coronavirus pandemic were actually smaller than their reported figures—5,000 instead of 6,400, as reported.  This is likely due to a decrease in the overall number of deaths from non-COVID 19 respiratory infections during the winter months.  At 58 excess deaths per 100,000 persons, Israel fared better than its neighboring countries (which provided overall mortality data).  Egypt’s excess deaths were 13 times higher than reported—196,000 instead of 15,000, Iran’s were 2.15 times higher—115,000 COVID-19 deaths instead of 54,000, and Lebanon’s figures were 1.23 times higher than reported—9,000 deaths instead of 7,300.

When analyzing the overall figures, Karlinsky shared his hope, “that our dataset will be a valuable asset for public health officials looking to assess the risks and benefits of a given pandemic-containment measure.  Kobak and I are constantly expanding our dataset and will continue to track excess mortality around the world for the remainder of the COVID-19 pandemic”.