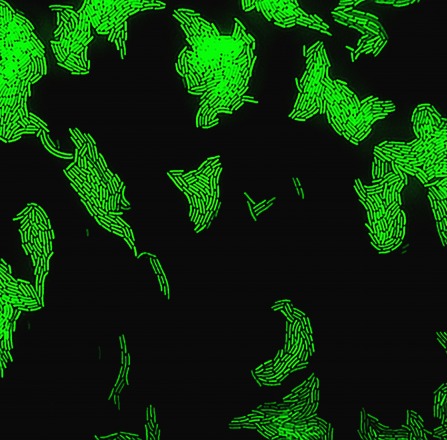 For almost two years, newsfeeds have kept us updated on the daily battle to annihilate the coronavirus.  So, it’ s easy to forget that there are also many types of bacteria threatening human health – our survival depends on the constant quest for new antibiotics that can destroy them.  Recent research provides an important insight into the complex response of bacteria to antibiotics and opens up the possibility of developing a novel and more effective class of drugs to combat major bacterial diseases.

Antibiotics fall into two categories: bactericidal drugs that kill the bacteria and those that are bacteriostatic. The latter disrupt the bacteria's normal functioning so they can no longer multiply, leaving our immune system to provide the final lethal blow.  Both antibiotics push bacteria to a near-death state before their final elimination.  Under this life-threatening stress, according to research at the Hebrew University of Jerusalem (HU), led by Professor Nathalie Q. Balaban and PhD student Yoav Kaplan, bacteria enter a “disrupted” state when they function very differently from normal bacteria.  The breakthrough findings were published in Nature.

When the stress is removed, the bacteria do not fade away and die, but eventually recover and reproduce – with each individual cell behaving in a different way from its genetically identical neighboring cells.  While in the 'disrupted' state, the bacteria do not respond to our current armory of antibiotics, which have only been designed to treat bacteria in their normal state. "Bacteria in the disrupted state require treatment that is different from our current arsenal of antibiotics," shared Balaban. "We’re now beginning to research new pharmacological agents that can defeat bacteria during the disrupted state."

While bacteria are single-celled organisms, they are extraordinarily complex.  Like single cells within any organism, they are capable of self-regulating when subjected to various stresses. For example, if you increase the temperature, bacteria will produce proteins that protect the cell from heat.  Restrict their intake of nutrients and the cells will adapt so that the cell can survive and regrow when the nutrients become available.  Many of these responses have been analyzed and the mechanisms adopted by the cell are well understood. However, when the stress is sudden and severe these responses don't kick in and the mechanisms controlling the behavior of cells remains a mystery.

Balaban's team had previously shown that a subpopulation of bacteria will enter a frozen or dormant state when subjected to starvation and will eventually, in a nutrient rich environment, recover completely and regrow.  These “persistent” bacteria are very different from “resistant” bacteria, which have developed a genetic mutation that stops them succumbing to a particular antibiotic.  Further, despite extensive research, there is no clear understanding of the mechanisms controlling persistence.

In order to develop a model that can predict the behavior of bacteria experiencing dramatic near-death conditions, Balaban's team investigated the behavior of individual cells of a strain of E.coli – bacteria commonly used in lab experimental work.  Wild variants of this bacteria can cause serious gastrointestinal infections with life-threatening complications.  The thriving cells were given a dose of a chemical (SHX) that immediately induces starvation. This acute stress, like a large dose of antibiotics, doesn't allow the cells to set in motion an adaptive response.

The SHX was applied for different lengths of time in separate experiments.  After withdrawal of the SHX, the recovery of single cells was observed.  The cells did not all recover at the same rate, which one might expect in genetically identical cells.  Instead, some cells recovered quickly—within an hour—while others took much longer, sometimes up to a day.  The length of recovery time also depended on how long the initial dose of SHX was applied for, although there was a maximum dose beyond which any increase in the time of application of the SHX had no effect on the recovery times of the bacteria cells.

Balaban explained that "this suggested that the bacteria keep a memory of the total exposure to SHX."  The rates of recovery clearly showed that the process was not random. In fact, they seemed similar to the rates seen in certain physical processes that show recovery after an external stress has been removed, seen, for example in some plastics.  By using this analogy, the Balaban group, together with HU professor Oded Agam, an expert in statistical physics, were able to model the disrupted state and predict the behavior of populations of cells in this state.  Importantly, this model enables prediction of how a bacterial population will respond to an antibiotic treatment.

According to Balaban, a better understanding of bacteria’s disrupted state "opens new avenues for the development of better treatments which will enable killing not only the bacteria in their normal state, but also when they enter the elusive disrupted state." Looking ahead, similar effects may be exploited to kill cancer cells more effectively.