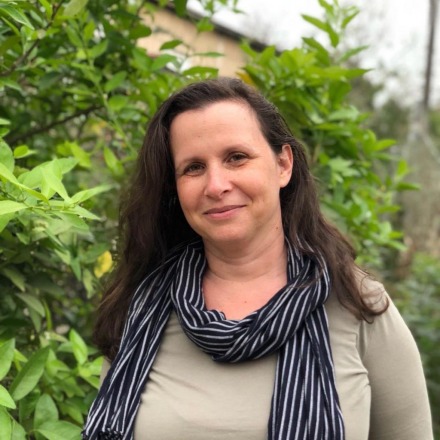 What do you think is the best way to raise children?  One method is psychological control where parents attempt to improve their children’s behavior by making them feel shame or guilt about their actions.  Another form of psychological control is the "silent treatment", where parents ignore their kids following bad behavior in order to discourage future undesirable behavior.  These methods may sound excessively strict and it’s often assumed that they will have a negative impact on a child's social behavior – for example, making them less willing to help or to care for other people.

However, researchers at the Hebrew University of Jerusalem (HU) have revealed a more complex picture.  Studies led by Professor Maayan Davidov at HU’s Paul Baerwald School of Social Work and Social Welfare have shown that a child's response to such stern discipline can depend on the religious commitment of the parent.  Her research, in collaboration with Maya Oren-Gabai and Dr. Islam Abu-Asaad, assessed the social behavior of children aged between 6 and 12 years old in 300+ secular and religious Israeli Jewish and Muslim families.  The findings were published in Child Development.

The results showed that in secular Jewish families, mothers’ use of psychological control did appear to have a negative effect on their kids, making them less likely to help others.  However, in religious Jewish families, there was no such “cost” to this parenting style.  Furthermore, in religious Muslim families, this style of parenting actually appeared to have a positive effect: it was associated with more helpful behavior on the part of the child, while among secular Muslims there was no discernible effect either way.

For the purposes of this study, more than 315 parents filled out a detailed questionnaire to assess their religiosity level, parenting style, and use of psychological control in everyday situations. Their children were then given tests to assess their social behavior, especially their willingness to help a stranger with the simple task of picking up paperclips that had been "accidentally dropped” by a lab assistant.

"It is important to bear this mind," shared Davidov, "when providing parenting programs and guidance to parents – parenting behavior doesn't work in the same way in different cultural and religious contexts. For example, what is detrimental in one context may not be harmful in another context."

According to Davidov, these findings are consistent with the theory that in religious families, parents’ psychological control of their children is driven by a system of values.  These values are understood by parent and child, it’s accepted that parents know what is best for their child's development and that children are obligated to respect their parents and the religious values they bestow.  In contrast, however, when parents exert psychological control in a secular context, they are acting in a way that is inconsistent with larger secular cultural values of autonomy and self-direction.  In such cases, shaming and guilt-tripping on the part of the parents is likely viewed by the child in a negative light and as expressions of hostility or rejection which may undermine kids’ positive social development.

Davidov is planning follow-up research to investigate parental behavior that promotes empathic behavior in their children. "I want to connect the dots," says Davidov, "so that we can better understand why parental behavior can have different consequences in different families."