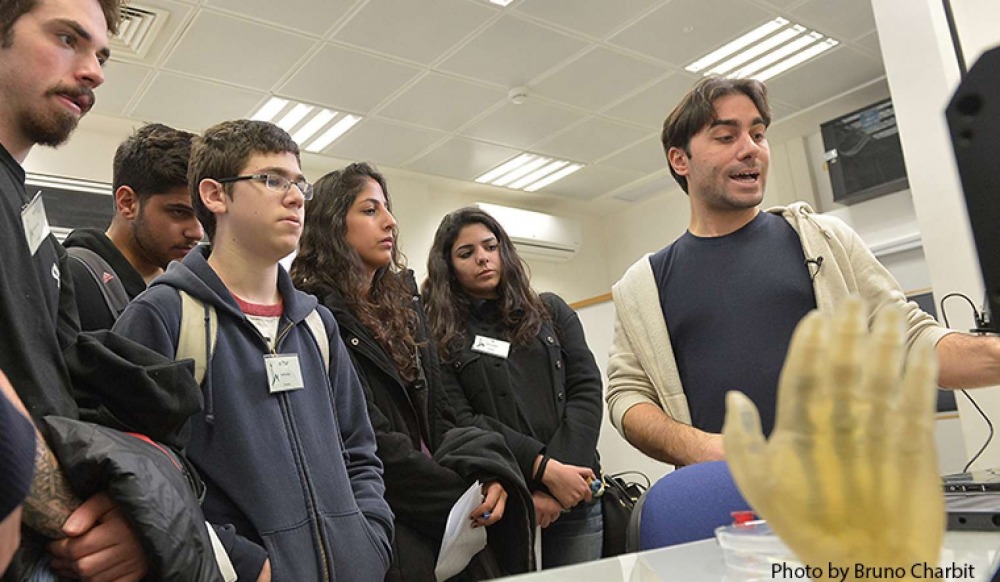 What do gifted scientists do after obtaining their doctorate? For some, it’s an opportunity to inspire and educate a new generation of Israeli students while remaining in research.

The Teacher-Scholar Program is the brainchild of a group of scientists from the Hebrew University’s Faculty of Science who are also parents of school-aged children. This innovative program is their response to the shortage of qualified science teachers in Israel, which is expected to intensify in coming years. In addition, the program retains excellent researchers at the University and exposes high-school students to academia.

The program trains PhD graduates to teach matriculation-level STEM subjects in local high schools, all while continuing their scientific research at the University, dividing their time equally between the two endeavors. Teacher-Scholars salaries are covered by a three-way partnership between the University, the Jerusalem Municipality, and philanthropy.

Teacher-Scholars are uniquely positioned to a bridge between secondary and higher education. They are able to bring science to life for their students by encouraging creative thinking and scientific curiosity, sharing their own research, and hosting visits to the University’s cutting-edge labs. As energetic, inspiring scientists, they provide their pupils with an enticing window into the world of research, showcasing the processes behind scientific work and discoveries.

Now in its sixth year, the program has placed 16 talented scientists at nine Jerusalem high schools, reaching more than 650 pupils in the last year alone. Another sign of the program’s success is the Teacher-Scholars’ scientific achievements. Combined, they have published over 45 scholarly articles, registered three patents, obtained 10 research grants including from the ERC, and mentored more than 25 undergraduate students.

Looking to the Future

Based on overwhelmingly positive feedback, the program’s directors aspire to train 2-3 additional graduates each year, ultimately placing 25 Teacher-Scholars in schools. According to an evaluative study, the program’s success has created a replicable model, and might be the key to improving STEM education and achievements in Jerusalem and across Israel.

Founding Partners:  The Municipality of Jerusalem, the Eddie and Jules Trump Family Foundation, the Jerusalem Development Authority, and the Ministry of Jerusalem and Heritage.

What we are learning goes beyond chemistry: to study with an open mind, to research, to become interested, to be curious.